Campaign aims to change perceptions and emphasise the charity's relevance 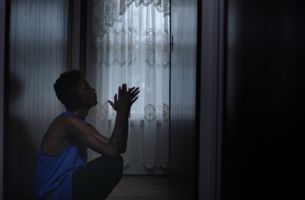 The Y, the YMCA of the USA, is a nonprofit organisation delivering positive change and strengthening communities nationally. To help the public gain a better understanding of the important work the Y does, the significant impact it has and its need for the communities' support, the organization has launched the first national advertising campaign in its history, in collaboration with Droga5. The “For a better us.” slogan aims to change perceptions about the Y and communicate its role as a relevant and impactful charitable organization inspiring people to help fund the crucial work the Y does every day.
The campaign launched on Monday with two commercials which were directed by Seb Edwards and filmed in Baltimore.  “Places” showcases individuals who lack the opportunity and resources they need to thrive. The spot shows that while the world may only see these places when they make national news headlines, the Y is on the ground every day helping people break out of a cycle of poverty with safe spaces, mentorship programs, healthy meals, education and more. The Y does this work because no matter the zip code, all people have hopes, dreams and ambitions that deserve to be grown and nurtured.
“Idle Hands" explores the need all kids have for a safe and productive place to both release their energy and discover their potential. It highlights the Y’s place as America’s community space—providing education, character development and recreation.