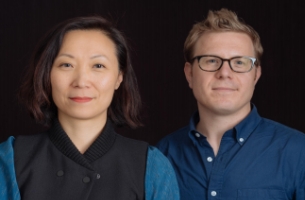 The promotions come as the agency looks to strengthen the business globally and also follow several new business wins this year, including YMCA, Scion and West Elm. Further new business wins will be announced in the coming weeks and Droga5 is poised to hit over 40% year over year growth by the end of 2015.

Nam joined Droga5 in 2009 as Group Account Director after tenures at Fallon and Deutsch. She was quickly promoted to Head of Account Management after six months and General Manager three years later in 2013.

As COO, a new position at the agency, Nam will be responsible for overseeing all operations at Droga5 New York as well as continuing to evolve best practices across the agency.

“Since joining Droga5 six years ago, Susie has helped grow the agency from 40 to nearly 500 employees,” says Global CEO, Sarah Thompson. “Not only does she drive growth, she has helped position the agency to constantly evolve and innovate as we increase our scale and client mix. All this while keeping us true to our vision of creating the most influential work for our brands.”

Gonda joined the agency in 2013 as the Group Account Director after nearly three years as VP/Management Director at Saatchi & Saatchi New York. With 15 years of industry experience under his belt, he has worked across several brands including Newcastle Brown Ale, Prudential, Smirnoff, Malibu, Ragu, Trident and Capri Sun, among others. As Head of Account Management, Gonda will oversee a vast majority of accounts as well as ensure the department operates as a tight group with clear, aligned visions and processes.

"Dan is a fantastic leader in Account Management. He has set the standard for the department which strives to create the environment for the agency to develop great work that drives results,” said Thompson. “Both Dan and Susie represent the depth of our talent that has led us to our success.”