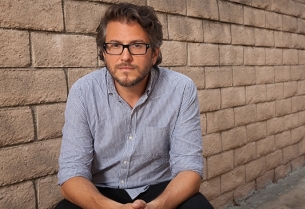 Droga5 has announced today that Matt Ian will be joining the New York headquarters as a Group Creative Director. Ian is slated to join the agency in August.

“I’ve always admired Droga5’s strong creative pedigree and diversity of client experience,” said Ian. “Overall, the agency has produced some of the most influential work in the business, and if you can't beat em, join ‘em.”

“Over the past year, Droga5 has experienced exponential growth. We are always looking to add great talent to the team to continue this momentum,” said Droga5’s Chief Creative Officer, Ted Royer. “We are are thrilled to welcome Matt to the agency and look forward to seeing him in action.”

Droga5 New York recently earned 25 Cannes Lions, including a Cyber Grand Prix for Under Armour’s “I Will What I Want” campaign featuring Gisele Bündchen. The agency was also named this year’s Independent Agency of the Year at both the Cannes Lions International Festival of Creativity and the North American Effies, as well as winning Agency of the Year at the One Show.