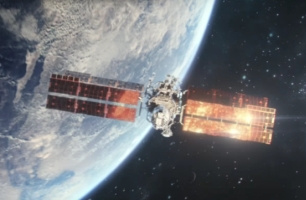 Sicily Dickenson, CMO, NRG, commented: “Today there’s still some skepticism about solar, but when you look at it through the certainty of the sunrise it’s clear there’s nothing preventing us from putting more of the sun’s energy to work. NRG is giving homeowners the confidence to go solar at home so they can reap the savings and environmental benefits of a move to smarter energy sources.”

The film, “Photon,” takes you on the journey of a single photon of light from the sun, to a family home, with two possible scenarios: the first, a dead end. Wasted energy hitting the roof of the house with no end result. In the second scenario, the photons hit the solar panels on the roof of the home, providing all the power a family needs to go about their typical day. The films’ VO explains the astonishing fact that enough sun light hits the earth every hour to power everything on it for an entire year, pointing out that all we need to do is take the step to harnessing that and turning it into power, to let the power in.

The campaign comprises the "Photon" film, which is running in cinema, TV and online. There are digital activations and social posts on Twitter, Facebook and Instagram “Sunset Social” posts to @NRGHomeSolar, which further the conversation with nightly posts at the time the sun sets, telling NRG Home Solar followers how much solar energy was harnessed that day.

Outdoor installations in New York, Los Angeles and San Francisco, will educate consumers on the cost savings that solar energy can provide them with users having the opportunity to interact with the solar panels to “Claim their power” and collect the dollar amount their energy is worth. Billboards such as the one at the iconic Hotel Figueroa location in Los Angeles convey messages about how much energy the sun has the potential to generate, with a call for consumers to visit the Website for a quote.

The weight of the campaign will run in California, a key geographical market for NRG’s Home Solar product.