Lucia was previously Head of Integrated Production, VP, at 360i 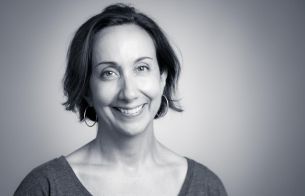 The creation of the role comes as the headcount of the combined production departments has grown to approximately 180 people, and within this, the diversity of Droga5’s offerings has grown tremendously.

Lucia will report to and work with Droga5 Chief Creation Officer Sally-Ann Dale to create a smart, future-facing production business unit for Droga5. Lucia will also be part of the Production department’s leadership team, which includes the Head of Interactive Production, Head of Art Production, Head of Print Services and Director of Integrated Production Business Affairs and the soon-to-be-hired Head of Film.

Sally-Ann, commenting on the appointment, said, “We see a great value in Lucia’s experience of being on both the production and agency side. She has the ability to run a business, be an astute producer and be client-facing. We want to constantly explore new production solutions and opportunities to better serve us and our clients’ ever-growing content needs.”

Lucia joins Droga5 from 360i, where she held the title of Head of Integrated Production, VP. Prior to 360i, Lucia enjoyed a stint at VICE Media as a Group Account Director. Her earlier experience comes from the production side of the business, as Head of Production and then Managing Director for Psyop in New York, where she spent about 10 years. She began her production career in the production departments of J. Walter Thompson and McCann Erickson.

Lucia commented, “This is a really exciting time to be joining Droga5, as it celebrates its tenth anniversary and continues to create work with impact and ambition, as well as world-class I’m happy to be part of the agency’s future success.”