Jonny Bauer to take the position of Global CSO 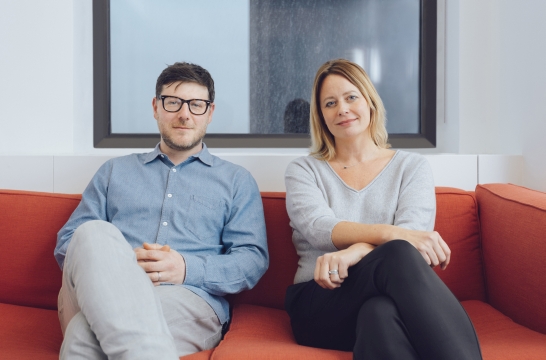 Thompson and Bauer are the first to step into the newly appointed positions as the agency experiences significant growth. Headquartered in New York with offices in London and Sydney, Droga5 is nearing 450 in staff worldwide, as a result of an influx of new business. With more than 10 new accounts won in 2014 and increasing international needs of new and existing clients, Droga5 is positioning itself for continued expansion in years to come. In addition to their global posts, both executives will continue as CEO and CSO of Droga5 New York.

Thompson joined Droga5 in 2008 after tenures at BBH, Mullen and Goodby Silverstein & Partners. She was promoted to CEO less than two years ago, advancing from the role of President. In her new role as Global CEO of Droga5, Thompson will work alongside the leadership teams in both London and Sydney as they continue to capitalize on business opportunities and diversify their portfolios.

“Since her very first day at Droga5, Sarah’s impact on the growth, culture and overall success of this agency has been both immense and flawless,” said Creative Chairman and Founder, David Droga. “She is a genuine, natural leader and someone I really couldn’t trust more.”

Australian-born Bauer, 39, also came to Droga5 in 2008 after years with BBH. Once at Droga5, he was elevated from Head of Strategy to Chief Strategy Officer in September 2012. In his new role as Global CSO, Bauer will ensure continuity in the agency’s strategic vision across all specialties and brands while developing best practices for offices worldwide.

"Our growing ambitions warrant our very biggest brains,” said Droga. “Jonny is most certainly that and more."