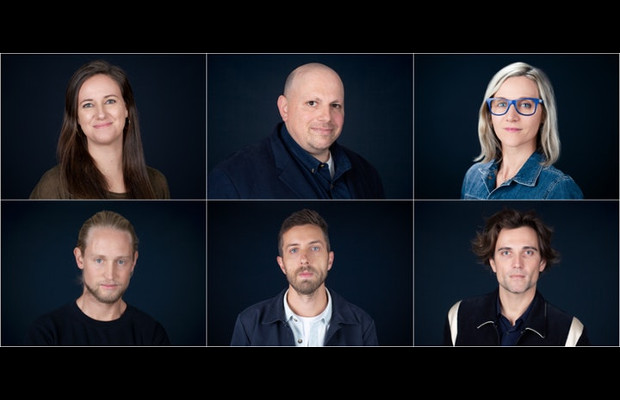 Droga5, part of Accenture Interactive, announced today that it has promoted several executives, reinforcing the agency’s commitment to be one of the industry’s key creative forces. On the heels of an exceedingly strong year, the elevations include Neil Heymann to the agency’s first ever global chief creative officer, Felix Richter and Tim Gordon to co-chief creative officers, Alexander Nowak to global head of art, Juliana Cobb to executive creative director and Julia Albu to head of creative integration. All of these promotions are effective immediately.
David Droga, founder and creative chairman, Droga5, said: “There’s nothing better than seeing your best and brightest flourish from within. I couldn’t be happier or prouder of them all. With our London and New York offices performing so well, both recognized as Agency of the Year in their own markets in 2018 and with the support of Accenture Interactive, it’s exciting and intimidating to see if we can extend our unique offering to a few other compelling markets.”
Sarah Thompson, global chief executive officer, Droga5, said: “This group has helped shape Droga5 and its work and culture since its inception to present day and will be key in defining how we evolve into the future. I am excited to see people—many who grew up and paved their career paths at Droga5—step into roles that will continue to shape our agency.”
Neil Heymann joined Droga5 in 2009 as Digital Associate Creative Director and, ever since, has been at the helm of many of our most-defining works for clients including MailChimp, Microsoft’s Bing with Jay-Z, Toyota Mirai and Google. With 20 years of experience in bringing to life complex, integrated and forward-thinking creative projects, Neil was promoted to Chief Creative Officer at Droga5 in early 2018, overseeing the creative department and finding new ways to bring brand and experience together. In just 18 months under Neil’s leadership, the agency enjoyed one of its most celebrated creative years. In his role as Global Chief Creative Officer, Neil will lead the expansion of Droga5 into new markets in partnership with Accenture Interactive as well as oversee several new global accounts.
Felix Richter arrived at Droga5 in 2011 as a young Copywriter and rose through the ranks quickly to Creative Director in 2014, followed by his promotion to Executive Creative Director in 2017. Felix has created some of Droga5’s most notable and celebrated creative for clients including Under Armour, Google, Mailchimp and Hennessy. Tim Gordon came to Droga5 in 2008 as one of the very first creatives. Having helped grow the agency during its formative years, Tim ascended in the creative department and was promoted to Executive Creative Director in 2017. As one of Droga5’s first employees, Tim has been pivotal in acclaimed creative work for clients including Puma, The New York Times, Under Amour and Chase. In their new roles as Co-Chief Creative Officers, Felix and Tim will oversee the entire creative department in New York and be tasked with "turning it up to eleven."
Alexander Nowak landed at Droga5 in 2011 as Art Director. He worked on a wide range of award-winning work for brands including Hennessy, Nordstrom, Under Armour and Google. In his role as Global Head of Art, Alexander will lend his experience in the world of visual and creative arts to bring even more craft and conceptual creative to life across all of our offices globally.
Juliana Cobb came to Droga5 in 2016 as Group Creative Director nabbed from BBDO where, in her role as Senior Creative Director, she oversaw GE and Starbucks. Since joining Droga5, Juliana’s storytelling expertise and dedication to craft has led to award-winning work for numerous clients including Chase, Blue Apron and Thorne. In her role as Executive Creative Director, Juliana will bring a new dimension to the senior creative bench at Droga5.
Julia Albu joined Droga5 in 2006 as Account Director—also as one of the agency’s first employees. After briefly leaving for stints at BBH and Anomaly, Julia arrived back at Droga5 as Group Account Director in 2015, overseeing clients including Johnsonville, Georgia-Pacific, Mailchimp and, most recently, Harley-Davidson. In her role as Head of Creative Integration, Julia will oversee operations for the creative and design departments.
Jason Severs will continue to oversee the design department in New York as Chief Design Officer, and David Kolbusz will continue to oversee the creative department in London as UK Chief Creative Officer.
view more - Hires, Wins & Business