Droga5 Helps Google to Take on The iPhone 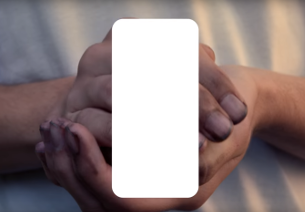 For nearly 20 years, Google has made things possible.

It has enabled people to get answers to any question, converse with faraway friends and find their way to remote locations—or just their way home. It’s been the focal point of many great adventures, as well as daily life. And now, the company that organised the world’s information is turning its attention to the most important device in your life: your phone. For the first time ever, all the power and possibilities of Google are now in the palm of your hand.

Introducing Pixel, the Phone by Google.

Since the initial teaser film back in September, Neon Portal outdoor installations and projections have been live all around the globe—hinting that something big is coming by framing the real world through the lens of a beautiful rectangle.

The integrated campaign, officially live today, has been crafted to create a feeling of possibility and excitement that comes with a phone made by Google.

The first film in our series, “Introducing Pixel, Phone by Google,” tells the story of how all the possibilities out there are now in the palm of your hand. Every story that follows as part of the bigger brand push, becomes a little bucket of magic brought to you by Google.

The new campaign is rolling out across six major markets, including Australia, Canada, Germany, India, the United Kingdom and the United States. You can keep up with the rollout by following #madebyGoogle on social channels.

While today marks the official launch of the campaign, many more campaign elements will be released in the coming weeks and will continue through the end of year.

The Google Pixel campaign also marks the first-ever Snapchat brand takeover for a complete 24 hours. Today, you can check out more than 20 custom videos running across the Discover feature, various user Snaps and also a bespoke lens. Sample videos can be found in the assets link below.