Droga5 Breaks In for Cracker Barrel 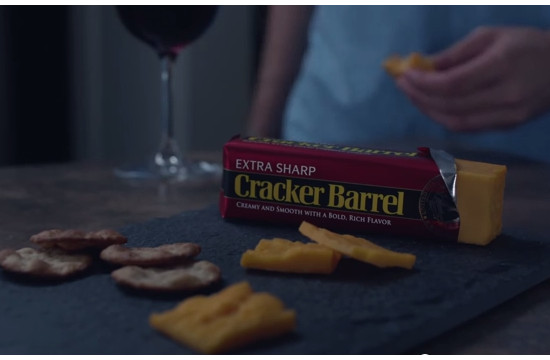 As a stand-out cheddar cheese in a typically anonymous category, Cracker Barrel is making a name for itself by being "Deliciously Different" - both in how the product is made and in how the brand's witty voice speaks to consumers.

The new spot, "Late Night," shows just how differently Cracker Barrel Extra Sharp Cheddar does things with a very unexpected twist on what initially feels like a standard commercial for cheese.

The new spot is the centrepiece of a broader marketing program for the brand, including digital, social, in-store and FSI elements. A second TV spot will be launching later this month.