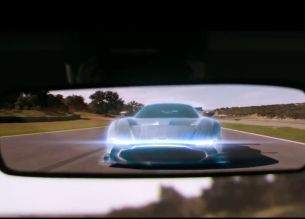 In Castrol EDGE’s latest Titanium Trial, two world-class drivers pushed their skills and nerve to the limit as they face the toughest competitor of their careers… their digital clone.

This is the fourth Trial from the Castrol EDGE Titanium Trials series and involves two of the most iconic supercars in the world; the Koenigsegg One:1 and the track-only Aston Martin Vulcan. The aim of the pioneering challenge is to pursue the ultimate driving performance, showcasing man, machine and oil like never before.

Combining acoustics and a cutting-edge tactile feedback system, the simulator provides the immersive feeling of the engine, road and body impacts. The supercars were analysed comprehensively, taking into account tyre size and weight, car aerodynamics, weather conditions and even down-force at varying speed, ensuring that the simulator experience was as close to the real thing as can possibly be achieved.

The two drivers each recorded 10 virtual sessions at the Titanium Lab in London, before data of their best performances were fused together, creating their ’Ultimate Lap’.