Drink's Matt Bennett on What The Summer Holds for Drinks Brands 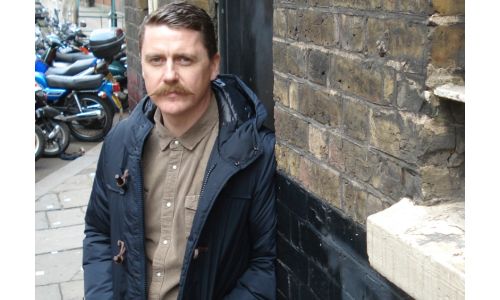 It’s a (dare I even say the words) World Cup Summer. World Cup and Summer, F&B marketing dreamland. Utopia. Each has a positive impact on sales in both on and off trade channels. Both together? A double whammy of long hot hazy summer days (fingers crossed, although we Brits will make the most of what we get and be glad of it) and balmy, evenings watching the overpaid underemployed doing what they do best, rolling around in faux agony and offering automaton-esque PR prepared soundbites to the waiting hoards of sweaty pressmen suffering from one too many Caipirinha's the night before enjoying the welcoming hostelries of downtown Rio.

So what are brands doing, who don’t have the luxury of being one of the plethora of drinks brands without the budget necessary to capitalise as an official sponsor of the world's biggest tournament for the world's biggest game? Well there's a couple of routes non-sponsors are taking…One, If you can't beat em, join ’em, let the big guys wave the official, and arguably inconsequential, World Cup flags for you. Create a compelling football related campaign and then work hard on your below the line activity in the off-trade channels (after all, 70 per cent will be watching from home, probably just to guarantee a seat in front of the TV). Just don't mention the unmentionable words or use any ‘verboten’ logos. Then market the hell out of your product with eye catching but fairly middle of the road promotions and on pack offers.

There are brands that can do this hijacking with aplomb but also crucially have the budget to spend on fully integrated comms, TV spots, social campaigns, content, they have it all covered. Carlsberg’s excellent and insightful TV spot featuring Ian Wright, Paddy McGuinness and Jeff Stelling followed up with exclusive promotions for Tesco and other key retail partners. It’s a great example of leveraging a property which you don’t have any rights to. Pepsi should have had that covered too, but it looks like everything ATL was handled centrally leaving scant budget for a horrific UK TV execution. They have incredible player assets but don’t seem to understand the beautiful game at all.

Two. What if you can’t hijack the World Cup? What if you don’t have the brand spend or you were too late to the party? Then what…? Then, forget the World Cup. It’s six weeks out of three months if we’re lucky (and at the time of writing we need a flaming miracle from our smartly dressed Aperol sipping Italian cousins). There will be a peak of football interest from English (forget Scottish and Welsh) consumers, then the furore will die down quicker than most landlords will take down their bunting. On a side note, it’s worse than leaving your Christmas decorations up too long, get the promotional guff down as soon as the final’s final whistle goes please Publicans!

So that leaves the whole Summer…ah the Great British, completely unpredictable, often too short, late arriving or even non-existent Summer. But what a feeling we Brits get from the sunshine in our nylon shirted backs. It creates a reaction unlike any other season. The country grinds to a halt as trainlines buckle and tarmac melts in the sweltering mercury-busting ‘above average’ temperatures. Workers abandon their desks early for a well deserved pint or three. Sundays are spent pouring highly flammable liquids over a damp garage forecourt barbeque or huddled under the pub umbrella in what passes for a beer garden resolutely and steadfastly not giving up on the fact that SUMMER IS HERE. This is what drinks brands need to focus on. Our commitment to summer. Our throwing off the shackles. Our willingness to smile, to engage with one another (and your brand) and our willingness to try new things…Lucozade Brazilian Guava Flavour anyone?

Did I mention Aperol earlier? Well watch out Gruppo Campari because on the back of last summer’s Aperol Spritz explosion we can expect a similar explosion of contemporaries and co-runners with Spritz served fortuitously, further driving Prosecco consumption. Kamm & Sons are sneaking up on the outside due to incredible amounts of work behind the bar. At the very top of the market and partners with no less than Manchester United, Aperol will need to protect their share of the spritz serve market with more innovation and deeper market penetration but at what price? Seeing Charmaine in the local Dog and Duck sipping Aperol will no doubt drive sales but will it hold brand value? Nope. Do Aperol want to be the next Pimm’s? Maybe. Will they replace the London Buses Pimm’s cleverly roll out at every opportunity to engage consumers? Perhaps not. After all, how many punters can you fit around a Vespa?

We can however expect to see the lovable Charmaine drinking the latest offerings from the fusion drinks. Desperados Verde (Lager flavoured with Lime, Tequila AND Mint?), Orwells (Amaretto flavoured Cider) and Hoopers (Strawberry & Elderflower, Raspberry & Nettle). Alcoholic Brews continue with the extraordinary amounts of innovation from the refreshing long drinks categories. When will this NPD train trundle to a halt? Not any time soon.

So is anyone advertising at the moment with conviction? Well other than Foster’s beloved Brad and Dan playing Volleyball with their Lemon sliced Radler, no, not at the moment. There is too much football noise across pretty much all channels. Let’s wait and see what happens post World Cup. These brands need to establish themselves in the on -trade and then capitalise with disruptive activity across social and shopper marketing channels to stick in consumers’ minds and be more than a flash in the pan of innovation in a noisy market place. I expect to see a raft of activity in the on-trade channels very shortly, activating brands and celebrating new launches. I know (for a fact) Magners have great plans to engage with their drinkers and reestablish their original credentials. I fully expect a busy on-trade calendar from the better managed estates to work in partnership with their suppliers of alcoholic and crucially soft drinks too. Let’s see what the coconut waters have to say, and the premium mixers such as Fever Tree and Bottle Green.

There are many battles to be won off the pitch this summer and as ever, understanding relevance to consumers and then delivering an integrated campaign will be key to success.