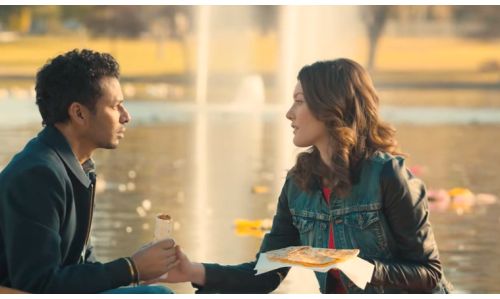 Deutsch & Rattling stick release their new spot for Taco Bell's Quesarito. The spot opens with a man and a woman sitting on a bench eating their respective Taco Bell meals.

The man, eating the new Quesarito (a cross between a quesadilla and burrito), looks at the woman and starts daydreaming about their future together. The woman, on the other hand, looks at the man’s Quesarito and daydreams…about stealing his delicious meal.