Tank Design's chief operating officers on starting out with Diet Coke, the magic of team work and the importance of confidence in each other 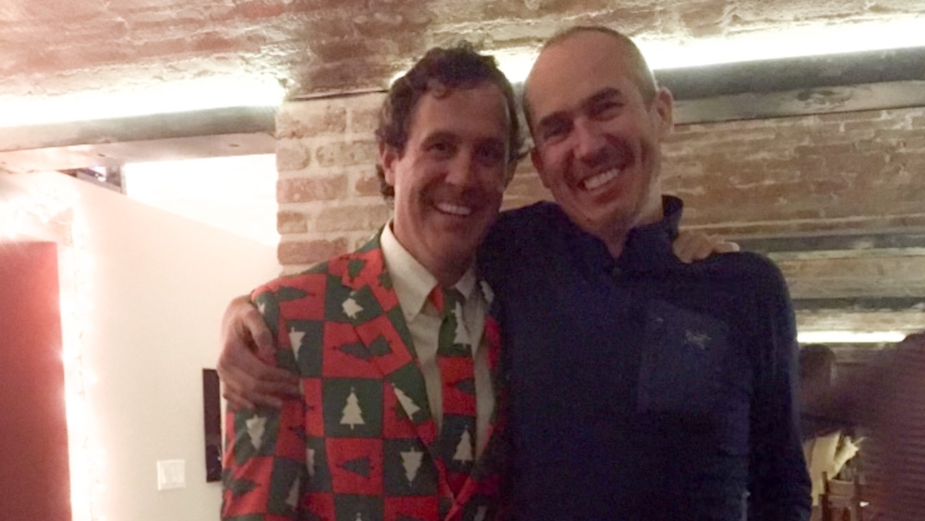 LBB sat down with Tank chief operating officer Scott Watts and executive creative director Andrew Smiles to discuss their dynamic partnership, which has spanned over 20 years and led to many successes, making them a Dream Team to watch.

Andrew Smiles (AS)> Back in the late 1990s, we were brought together on the Diet Coke account. Scott was the account manager, and I was the associate creative director. It was a new account that I'd been hired to work on, and I was excited because not a lot was being done in the digital space at the time, but there was so much opportunity. Scott helped bring a lot of the magic out on that project, not just from me but also from our other colleagues.

LBB> What was your first impression of each other? Has that changed?

Scott Watts (SW)> I had seen Andrew walking around the office before we got put on the Diet Coke account, and I remember thinking, "That's a guy I want to meet." The organisation was consulting-oriented and could be dry and stodgy at times. Andy was the exact opposite of that. He's 6'1" and maybe 150 pounds soaking wet with this dark hair all over the place. He wore these plaid pants that were crazy but nicely tailored. He was obviously English. He just had this rocker element, like Iggy Pop, and appeared to be quite a character, maybe like Austin Powers. I wanted to meet him, and I'm so glad I did.

AS> My first impression of Scott was that he was very sharp. He was very approachable, a great conversationalist, a great listener, and always knew how to connect with people. All of these things are still true.

SW> As Andy said, our first project was for Diet Coke. We were charged with making the first website for Diet Coke and creating a loyalty program. It was a small account, but we had a lot of freedom and a great client.

LBB> How do you complement each other?

AS> You would think it would be a left-brain/right-brain relationship, with Scott on the business side and me on the creative side, but it's never been like that. We both know each other's strengths and weaknesses and how to leverage them for each of our abilities. That is the magic– a fusion that we have managed to make work. It’s why I knew I needed to bring Scott with me when I came to Tank.

SW> Yes, I think there has always been an appreciation of the other's point of view and an understanding that it adds value. I mean, I can't even draw stick figures and am the furthest from a creative person in the traditional sense, whereas he's one of the greatest designers you'll ever meet. So in that sense, there's a sort of opposites attract thing. I think we both have an honest self-awareness of who we are, what we know, and what we don't know.

Andy bringing me to Tank is a funny story. After his first meeting with Dave and Fred, the founders of Tank, Andy came to my office and asked for my help. He said that he had an opportunity to build a team that would offer not just design but real digital solutions for brands. He knew he’d have to hire developers, set processes, deal with sales and all of the business items, so he wanted some insight. We started scribbling questions on the whiteboard in my office and came up with ones he should ask and things he should bring up in the next meeting with Tank’s leadership. Thankfully, that meeting went well, and Dave and Fred said they wanted to bring him in. They also offered him 30% of the business. He accepted the offer, but he wanted me to come on because he needed someone to help him with the business side while he handled design. They obliged but only on the terms that the 30% offered to him would be split with anyone he might bring in. To this, Andy responded, “Well, 30% of fuck all is fuck all. I’d rather have 15% of something great.” Of course, I wasn’t there for that conversation and was shocked when I got a call from Dave and Fred asking if I would be interested in meeting with them to discuss joining. I had figured they were simply calling to check Andy’s references!

LBB> Is there anything that can frustrate you about each other? Or that you disagree on? How do you settle disagreements?

SW> I think when you have mutual trust and respect, you don't need many rules of engagement. When you're talking about a creative disagreement or how you work through stuff, if you're frustrated and have mutual trust or respect, you say, "Hey, you know, I'm frustrated." In truth, Andy is better at this than I am. He's good at communicating when he's not aligned with my idea or telling me when something I said bothered him. From there, it's just a matter of talking it through. Usually, there's a misunderstanding on one of our parts or a misinterpretation that we can work through quickly. Frustration is only frustration when you can’t talk about it and find a resolution.

AS> I agree with Scott, and from my point of view, there's never frustration; there are different challenges based on the various positions we each hold. Scott is key to keeping the engines of our organisation moving and ensuring we have the clients we need. I need to ensure that the clients get the best brand and product experience on the creative side. This means we see things differently.

LBB> What is the collaboration that you're most proud of?

AS> I'm very proud of the initial work with Rue La La. This may sound a tad old school, but it was one of the first premium brand flash-sale experiences. The operating company was a kind of a clearance house called Smart Bargains, and they wanted our help coming up with a premium brand to enable luxury brands to move excess inventory. I'm proud of the name and the visual design aesthetic we (Tank) created. And very proud of the whole design experience, which is still up and running today.

SW> I'm proud of the work we did at the beginning of the pandemic. We worked with Johns Hopkins on a Coursera course to train providers about contact tracing and quarantining. We were tasked with building a simple plug-in experience within the course that could help tracers calculate the quarantine calendar. So, if a contract tracer was on the phone with somebody, they could plug in the dates of their various covid-19 exposures and provide the person who had been exposed their specific quarantine guidelines. We put the whole thing together in two weeks and learned that people were using it worldwide. That felt great.

LBB> Can you tell us about a recent project that involved some interesting creative challenges?

AS> Recently, we worked to help the Global Wildlife Conservation rebrand. The brand's goal was to unify its work on three interconnected environmental crises: biodiversity, climate change, and societal issues. There are hundreds of groups working on each of these areas, so the challenge was creating a simple visual identity that would work for everyone involved. And, not to be glib, but it had to look good on posters, T-shirts, and bags. So we started leveraging all of this beautiful terminology that could link to this notion of the vastness of the societal and environmental issues, and we kept coming back to wild. Re: wild was the chosen name, which speaks to the vastness and the need to reimagine, reconnect, and recommit to solving these global crises.

LBB> Do you guys have anyone who inspires you?

SW> This may be an unpopular choice, but Bill Belichick, the New England Patriots coach. He is obviously the greatest football coach of all time. What makes him so interesting isn't the leadership stuff that people associate with a head coach, but the creativity with which he looks at the game and the data and analytics he leverages. The way he analyses and stresses over minor details in data has fundamentally changed how the game is played. The creativity he applies to that craft is very similar to the visionaries in business like Jeff Bezos or Elon Musk.

AS> I have many people, but I have to start with my wife, Stephanie Mitchell. She's a great photographer, potter, and painter. She knows how to make people feel comfortable in front of the camera. She has shot everyone from Jason Bateman to Leonard DiCaprio to the Dalai Lama. She's the most approachable person you could ever imagine. I think that's why she gets such great pictures of people. I also have to mention Herb Lubalin, the iconic designer, because I didn't know what design was until I saw his work. If you look at his mother and child logo, that's all you need to know about graphic design.

SW> Andy has reinforced the importance of confidence, including the confidence to say, "I don't know." As a sales guy at heart with a consultative and account services background, saying "I don't know" sometimes didn't seem like an option. But Andy has taught me that it might be the best option. He will just smile and say, "That's a great question,” and if he doesn’t know, he says, “We're not sure about that." People light up when they realise how honest, open, and authentic he is most of the time, which helps to gain their trust.

LBB> Do you spend time together outside of work? What do you get up to?

AS> I love it when Scott is in town so we can get together. It hasn't happened as much as it used to because of the pandemic, but we've had some great times. We just hang out or go out to eat. A couple of summers ago, I remember Scott came to town, and we did a Mezcal sampling. I should probably say, I don't remember that night as well as I could.

SW> Whenever I book a trip to Boston, the first thing I do is message Andy "Okay, when are we getting together." As he said, it's usually just a good time going out to dinner or hanging out. Though, a few years—pre-pandemic—we managed to get away for a couple of days of skiing and snowboarding with our great business partner, Geoff. We did a lot of eating, drinking, talking, and laughing on that trip. I hope we'll see each other more often now as restrictions ease up. 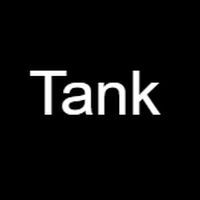 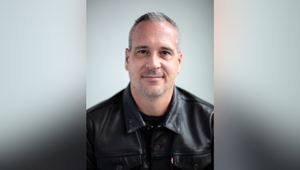 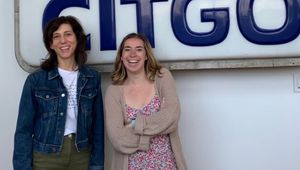 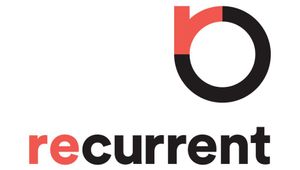 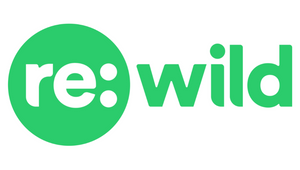