Gravy Films’ directorial duo and married couple, Trent and Marlena speak to LBB about being the yin to each other’s yang, why disagreements mean more collaboration and why it’s special having your life partner as your creative partner 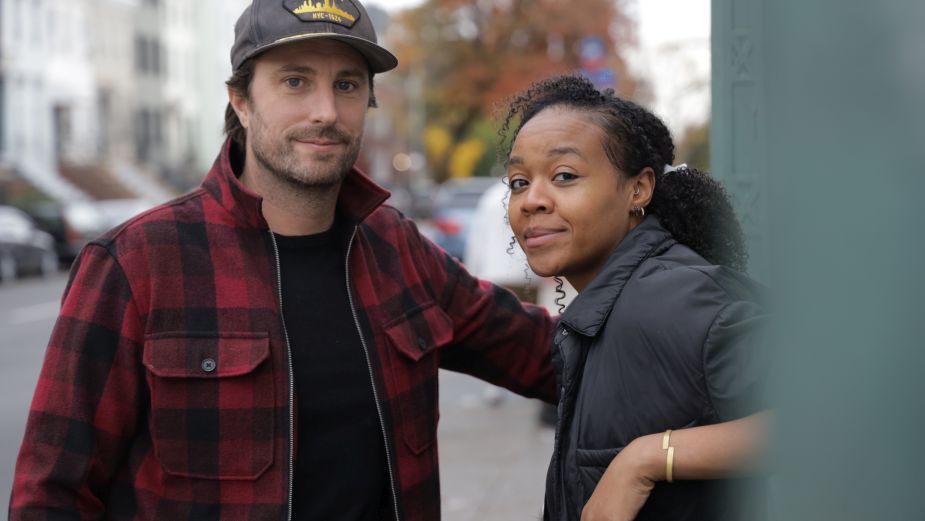 Since meeting at an engagement party, then dating, marrying and testing the waters of a working relationship by writing a script together, Trent and Marlena have become a directing duo that combine Marlena’s agency background with Trent’s film knowledge. Recently signing with Californian production company Gravy Films, the creative (and life) partnership between Trent and Marlena continues to produce collaborative work that harnesses their personal connection and complementary abilities.

LBB> How would you describe your creative partner?

Marlena> In life and in work, Trent is extremely thoughtful. Everything he does is carefully considered and has meaning behind it.

Trent> A genius. After that, genuine and incredibly caring.

Trent and Marlena> Two strangers meet at an engagement party in Jersey. Trent mentioned living in Williamsburg—Marlena rolled her eyes, and soon after a heavy debate of gentrification in Brooklyn ensued. We shared a cab back to said borough, dated, still debated, got married, partnered in work, and the rest is still being written.

LBB> Why do you believe you get along, in terms of your personalities and the social aspect of life?

Trent and Marlena> Honestly, we’re very similar in personality. We both tend to flow naturally in the same direction.

Trent and Marlena> The first project we dug into together was a script. Looking back, it was a good testing ground for our creative partnership. The creative process demands vulnerability, to have space to try what may seem like the wrong direction and then zig-zag until you find your way. It means your ego is going to get a good pummelling. It took us a little while to figure out how to do that together - to allow each other to experiment and make a mess. While we were working on this script, we learned to trust each other - trusting that the other wasn’t going to squash that vulnerable bit.

LBB> Why do you think you complement each other in a working capacity?

Marlena> I often joke and say we’ve got some yin to my yang energy. Our complementary parts are revealed in our differences in life and experiences. The easiest and most obvious of those experiences is my agency background as a creative, paired with Trent’s knowledge of film. But I think it’s deeper than that. Our identities are a culmination of all the things - what life was like as a child, where we grew up, where we went to college, how we see the world, how that world see us, etc.

Long answer short, our differences give us unique perspectives and add colour and shape to our work.

LBB> What is your partner’s greatest strength? And do you make up for each other’s weaknesses?

Marlena> Trent’s greatest strength is his ability to connect with people. I swear he can

find common ground with just about anyone. It’s sweet and a quality I love to see on set when he’s working with actors and crew. And then, it’s there again on screen when the piece is finished. I think it’s one of the reasons people have such an emotional connection to his work.

Trent> Marlena sees things that are invisible to most. I don’t know what you call it or where it comes from, but I love it. When we’re working together, she always seems to find a way out of a problem because she’ll find a new way to see it. Her “what ifs?” are her superpower.

LBB> Is there anything that can frustrate you about each other? Or that you disagree on? And how do you work around and resolve these things?

Trent and Marlena> Disagreements are natural, but all they really are, are longer moments of collaboration… and that’s where the fun starts for us. Whatever we’re working on, our heart is in it to make it as special as it can be, and we’re also working hard to make that happen. So when things come up, as with anyone, it’s often not because the other person is doing something that’s frustrating, it’s because the creative process is just processing.

LBB> What is the collaboration that you’re most proud of? If you pick different ones, why do you think that is?

Trent> We were just talking about this the other day and we each had the same answer. The project we’re most proud of is a project we’re currently working on – Bean Pie. It’s more experimental than a traditional narrative so there’s a risk and freedom to play with that’s exciting. It’s also terrifying because that risk means it may not work at all. One of the things I like the most about it is that it’s deeply personal for Marlena. It’s her voice. It’s her story.

LBB> What are the benefits of having a creative partner in this industry - as opposed to working independently?

Trent and Marlena> We both love collaborating - which is one of the reasons why we love this art form. From collaborating with each other to DPs, editors, production designers, producers, agency creatives, and clients - we think of it like a band rather than a solo act.

It may not be for everyone, but there’s something special in having your life partner as your creative partner. It means being able to share in every experience.

Trent and Marlena> The married duo-ships that inspires us most is Jeanne-Claude and Christo. We loved their creative collaboration, passion, and the blending of their personal and creative work lives.

LBB> What do you get up to together, outside of work?

Trent and Marlena> We’re married so that means we socialise a lot outside of work. When some people hear that we’re also creative partners, they think we’re crazy. Someone once asked, “Don’t you want to come back home and tell each other how your days went?” We prefer to already know. We love what we do so we are always thinking about it. We fade up and down but never really turn off. So when we go out together, see a great film, travel, hang with friends, those shared experiences also help with work.

LBB> What do you think it is that drives and motivates you in work and in your life?

Trent and Marlena> It’s pretty simple: we just like making stuff. If we’re lucky we get to meet some cool people along the way, hear their stories, create memories, and make something that’s worth caring about. That keeps us going.

LBB> And how do you want your partnership and the work you create to be remembered?

Trent and Marlena> We want to make beautiful, honest work. Hopefully, it’s remembered for what it is.