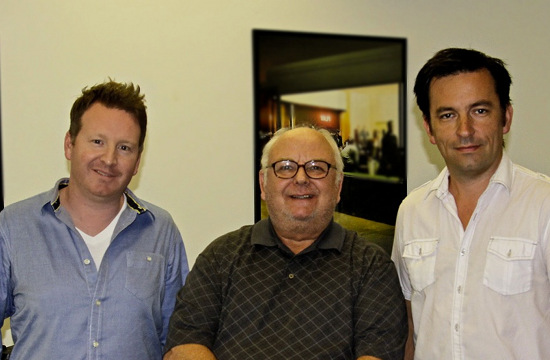 Visual effects studio Drawn By The Light celebrates its first anniversary by marking its foray into feature film effects with Seth Rogan & Evan Goldberg’s summer comedy This Is The End. DBTL completed the finale for the Sony Pictures film (60 shots) in under seven weeks from concept to delivery. Over the last year, the company has made a significant imprint on the entertainment industry with a focus on episodic television as sole vfx house for “CSI: Crime Scene Investigation” and “Mad Men,” and as a contributing creative force to visual effects for “Fringe” and “Revolution.” Based in Hollywood with an office in Vancouver, Drawn By The Light recently added Executive Producer Peter Ware who brings decades of entertainment experience to his role at the growing company.

Peter Ware is a respected Executive Producer who has worked extensively in entertainment business as a producer, director, and business consultant. He first established a reputation as an accomplished producer of live action television, from the classic “The New Leave it to Beaver,” to “Columbo,” “Asteroid” and “Doctor Who” and has directed over 400 variety shows with some of the industry’s leading musical talent. His vast visual effects experience includes company management, as well as supervising, producing and executive producing hundreds of hours of prime time television including “ER,” “CSI: Crime Scene Investigation,” “CSI: Miami,” “Helen of Troy,” “Spartacus,” “Third Watch,” “The West Wing,” “Into The West,” and many others.

“The driving force in the VFX business comes down to two things; passion and people,” notes Ware. “This is what I saw when deciding to join the team at Drawn By The Light. Rik and Les have immense passion for their work and respect their artists. There is a team camaraderie here that will move this company forward, and their innovative approach to their profession sets this company apart. They have unlimited potential to be a creative force in the industry and I look forward to our long and successful collaboration."

In 2012 Rik Shorten and Les Lukacs, highly experienced and respected producers of digital content for episodic television and feature film, launched Drawn By The Light with a client list of premiere television properties. Nimble by design, the company features a dedicated staff of artists and producers with deep, multifaceted experience to provide high-end visual effects in any genre. The company forged a strategic alliance with Ware shortly after the company’s launch, which evolved into the new Executive Producer role.

“We built the company on a foundation of trusted relationships to serve the creative partnerships with our clients,” comments Partner/VFX Supervisor Rik Shorten. “The first year has been one of testing our strengths and delivering on that promise. Peter is central to our future development and expansion of the company.”

Shorten’s live action production experience, VFX specialties, and ability for creative collaboration have made him a sought after partner for new projects, as producer, supervisor and director. As a VFX Supervisor and Producer, he has spent nine seasons on the franchise TV series “CSI: Crime Scene Investigation,” for which he was honored with VES and EMMY awards. Additional credits include the successful TV series “Californication,” “Fringe,” “Life,” “Dead Like Me” and the movie I, Robot, among others. DBTL Partner Les Lukacs has spent over twenty years in the US and Canadian film and television industry working in both production and post-production. Les produced visual effects for the TV franchises “CSI: Crime Scene Investigation” and “Californication,” collaborating with Rik Shorten, with whom he launched Drawn By The Light.

“This is an era of high-concept television where cinematic-level visual effects produced with rapid-fire execution drives the business,” concludes Les Lukacs. “So to be able to launch the company with an award-winning crew and amazing clients is incredibly rewarding, and we look forward to what’s next.”