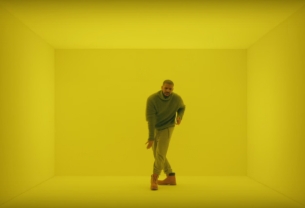 Created by Agency of Record Publicis Seattle, Drake stars in T-Mobile’s Super Bowl 50 making-of-an-ad-within-an-ad 'Restricted Bling,' and in it, he’s only too happy to rework his 'Hotline Bling' hit to please a trio of cell phone reps from another company.

"When you say, 'Call me on my cell phone,' just add 'device eligible for upgrade after 24 months,'" one of the execs urges.

"Genius!" Drake says with a surprising degree of enthusiasm. Then another suit chimes in with a lyrical addition, suggesting a verse about how "streaming music will incur data charges."

"Fantastic idea," Drake smiles back. "These changes don't ruin the song at all!"

Except they do ruin it, which is the point T-Mobile drives home with the voice-over: "Wireless carriers ruin everything. Switch to T-Mobile, the un-carrier."