Last November Draftfcb was named Beiersdorfs sole global agency for its entire brand portfolio. Since that time, client and agency have been hard at work on Niveas biggest worldwide marketing campaign ever. 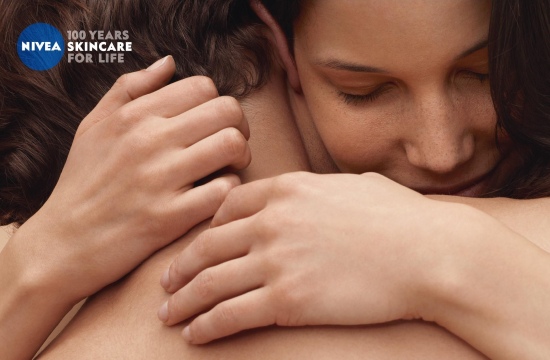 Beiersdorf is realigning the NIVEA brand during its centennial year. On May 15 it is launching a global campaign, “100 Years Skincare for Life”, centered around the values that have been associated with NIVEA for generations: trust, honesty, reliability, quality and family. Compelling visuals have been selected to elevate the importance of skin. Each of them captures moments of closeness between people of different ages, genders and nationalities.

“We know that people only feel comfortable in their skin if they are happy about the way they look. According to a study*, that is currently only around 10% of all women worldwide. This knowledge was one of the main factors in our decision to make skin the focus of our campaign,” explained Markus Pinger, Beiersdorf Board Member, responsible for brands. “The ‘100 Years Skincare for Life’ campaign will facilitate sustained and profitable growth for the NIVEA brand on the basis of its core competences“.

NIVEA’s marketing budget for 2011 is in the region of one billion euros and around 70 percent of this is being invested in the new campaign. Collectively, the activities in the anniversary year will strengthen the brand and further build NIVEA’s position as the number one skin care brand.

NIVEA has signed up international star Rihanna as the voice of its 100 year celebration. The song ‘California King Bed’ will accompany the whole anniversary campaign internationally. Consumers will have the opportunity to win Rihanna concert tickets in various media, on the NIVEA website and at retail outlets. NIVEA products purchased during a point of sale promotion taking place in over 40 countries feature one of ten million online codes that can be redeemed against exclusive Rihanna downloads on the NIVEA website, including one million music downloads, Rihanna wallpaper and photos.

NIVEA will be using social networks such as Facebook and YouTube to communicate with and mobilize superstar Rihanna’s vast fan community. Rihanna will have a strong presence throughout the anniversary year, particularly in the global digital campaign. 10 percent of the campaign budget is dedicated to digital activities.

New website content, Facebook page and a blog
All local NIVEA websites will be adapted to the campaign look & feel and include new content about the NIVEA brand’s history and skin care competence. Consumers can get close-up to Rihanna on the local NIVEA websites and on the official NIVEA Facebook page with an interactive tool that lets them integrate themselves in a Rihanna video. NIVEA is sponsoring Rihanna’s ’Loud’ tour of the USA and Europe and organizing a range of activities to address young consumers in an emotional brand environment. A NIVEA tour bus and product tests will give fans the chance to experience the World of NIVEA. A local blogger will also be accompanying the tour and writing regular blog updates.

Over the year, it is hoped that the campaign activities on NIVEA websites will generate some 120 million messages and communications on the subjects of NIVEA and Rihanna via social media platforms.

Additional activities in NIVEA’s own digital channels on the Web include attention-grabbing advertising banners that encourage consumers to interact and put them in direct contact with the brand.

TV and print campaign plus numerous below-the-line activities for global mobilization
The digital campaign will be flanked by a multi-level NIVEA TV and print campaign that initially focuses on NIVEA Creme in the blue tin. It will be followed by a product campaign featuring the key body care product lines, Visage, Body and Deo. All campaigns will be supported internationally by mega posters, billboards and citylights. The ads use clear, easy-to-understand visual imagery to demonstrate the diversity of skin, NIVEA’s comprehensive skin care expertise and its portfolio of products for all people.

The world’s biggest skin advisory tour in retail with over 75,000 promotions will also draw attention to the new campaign. It is expected to generate more than 13 million consumer contacts, including around 1.7 million consultations with individual skin analyses.