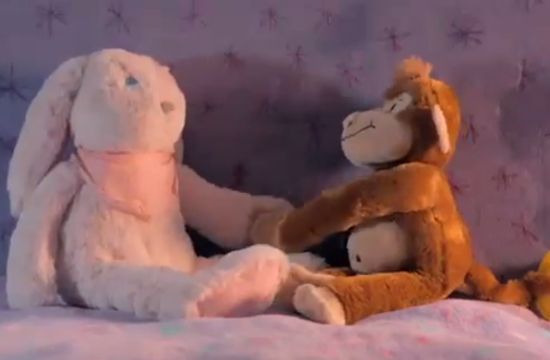 Draftfcb Johannesburg and several of its service provider production companies – Bioscope Films, Orchestra Blue Post Production, Blade, Freq’ncy – are showing how South Africans can make a difference in just 1 000 days by donating 900 hours to create a fund-raising campaign for Cotlands while its sister company, The Media Shop, leveraged its media relationships to secure free media space.

Cotlands has been providing care to vulnerable children in South Africa for 77 years, and is well-known for its work as a baby sanctuary and a hospice for HIV positive babies.

However, with the success of treatment programmes its mission has changed to providing children with effective, high impact health, psychosocial and early learning play based development opportunities to help them thrive in their formative years.

The brief put to the agency was to communicate this shift, and attract new donors and supporters. The resultant campaign – which makes use of TV, radio and print – began flighting in November. You can view the ad here: http://www.youtube.com/watch?v=MJ0b_6dhu9o.

It was developed by Draftfcb Johannesburg’s team of creative director Tian van den Heever, art director Natalie Elsner and copywriter Lee Goodall and shot, in one day, by Juniper Hammond of Bioscope Films utilising stop frame animation. Orchestra Blue handled the post-production while Blade and Freq’ncy assisted on other elements.

“Children who are given access to quality early learning opportunities and who are both cognitively and emotionally stimulated, grow up to be well-adjusted and contributing adults. It is important for us to give children – particularly children in disadvantaged areas - the skills necessary to see them thrive into adulthood,” said Cotlands CEO, Jackie Schoeman.

“The first thousand days of a child’s life are the most crucial to a child’s development. These early years form the foundation for good health and emotional well-being, yet many children in South Africa are under-stimulated and have limited access to opportunities that allow them to reach their developmental milestones.

“We needed to communicate the shift in our focus, and raise funds to make certain this early childhood development programme flourishes. We were thrilled that Draftfcb Johannesburg accepted the task as a pro bono initiative,” she said.

Van den Heever added that the strategy driving the creative concept was based on Draftfcb’s behavioural economic principles and hyperbolic discounting, which sees people placing higher value on the present rather than the future.

“To account for this human bias, we opted to draw attention to a very real present scenario – that time is running out for less fortunate babies. Using toys and stop frame animation, we counted down from 1 000 while stressing how investing time, money and attention in early childhood development now will impact the future of all South Africans.

“It was critical that this campaign sells hope in the form of optimal development for children who have been impacted by neglect, lack of proper stimulation, lack of proper parenting, abuse, malnutrition, poverty and illness. We think we’ve succeeded.”

Due to the pro bono nature of the campaign, it was a challenge for Draftfcb Johannesburg to find a film production house to support the project over the busiest period in the past five years in the film production industry and a production house that could deliver the job in time for the festive giving season. Fortunately, Bioscope Films, Orchestra Blue Post Production, Blade and Freq’ncy came to the party.

Overall, 900 man-hours was spent on the campaign, with an estimate value of R500 000. The total production value of the campaign topped R720 000, of which Cotlands only paid R20 000 for some hard costs such as props and tele-streaming material to the stations.

Schoeman concluded: “We are incredibly grateful for the pro bono services of Draftfcb Johannesburg and its service provider production houses. Thanks, too, to DSTV and eTV, Capricorn FM, Gagasi FM, Heart FM and Smile FM, You, Huisgenoort, Drum and Get It Magazine; all of which are contributing by allowing us to utilise their unsold inventory.”