Reggae track produced in association with The Jamaican Tourist Board 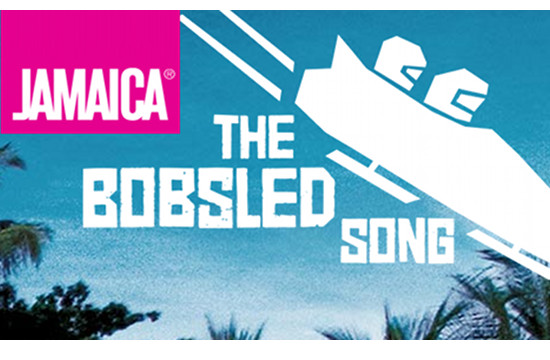 What's a run down an icy bobsled track without a hot reggae track?

Capitalising off the world's adoration of the Jamaican Bobsled Team, Draftfcb New York and the Jamaica Tourist Board created The Bobsled Song, a downloadable song written to sync up perfectly with the lefts, rights and straightaways of the course in Sochi. The song was composed according to the shape and length of the actual race track.

If you press play at the exact moment the Jamaican Bobsled Team starts its run down the actual racetrack in Sochi on Sunday, you'll have your very own authentic soundtrack to one of the most anticipated moments of the Winter Olympics.

You can download the song and watch the music video at Bobsledsong.com.