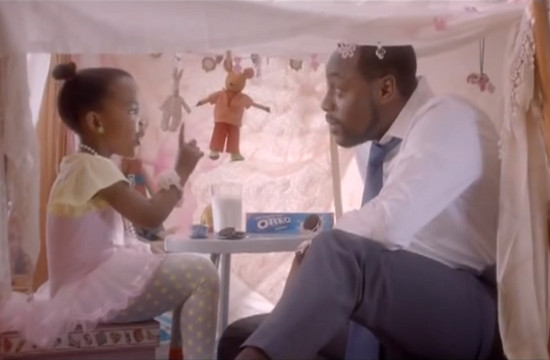 Oreo and Draftfcb Johannesburg are responsible for – for the first time since 2006 in South Africa – a new Oreo TV commercial which broke earlier this month (September).

The ad features a child and her dad sharing a special moment in which they connect over an Oreo. It was created by creative director James Cloete, and led by chief creative officer Brett Morris.

The TVC was inspired by an Oreo research study. The world’s number one selling biscuit wanted to find out what effect, if any, modern lifestyles are having on South African families.

The qualitative study conducted by Plunge Research wanted to uncover and understand the current family dynamics and roles in South Africa, as well as generational changes, to provide Oreo with a rich emotional territory to leverage off.

Combinations of focus groups, professional psychologists, as well as a selection of well-known South African celebrities were interviewed throughout this study in order to get the results.

To view the results visit www.oreostudy.co.za.