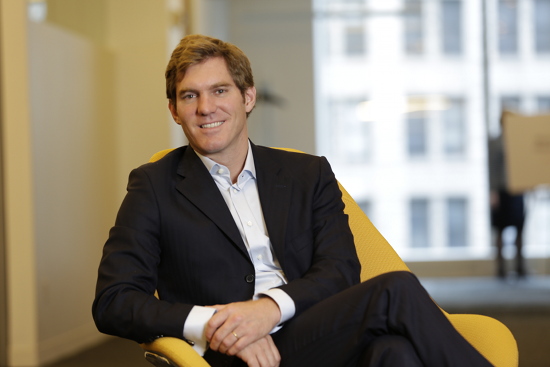 On the heels of joining Draftfcb in December 2013, Sebastien Desclée, president of Draftfcb International, who reports into Global CEO Carter Murray, has wasted no time in naming his leadership team. The team – comprised of Draftfcb family experts who are highly regarded throughout the network – has tremendous knowledge of the local countries and cultures of the network’s international offices. The international team will oversee an important and far-reaching group of offices whose primary focus is advancing their creative product and profile locally as well as internationally.

“The cumulative experience of this all-star team is sure to significantly upgrade our offering in 2014 and beyond,” said Desclée. “I’m excited by the immediate and long-term potential of Draftfcb International.”

Luis Silva Dias, the award-winning international creative leader, has earned his reputation by winning major creative awards at shows including Cannes Lions, D&AD and El Ojo. He has worked with both global and regional clients, from automotive to CPG, across Europe and Latin America and is a skilled brand steward in addition to top-notch creative. A long-time veteran of the advertising industry, Dias, who will remain president and CEO of Draftfcb Portugal, was previously Chief Creative Officer of Draftfcb Europe. Prior to that role, which he assumed in 2006, Dias was ECD of FCB Portugal.

Antonio Delgado as the COO Affiliates has broad knowledge of many well-known clients across South America. He resides in Miami, Florida. During his 18-year career the majority of his experience has been across the region from Argentina to Mexico. For the last seven years he led the South American operation for Draftfcb, serving the largest global, regional and local clients along with maintaining a strong affiliate operation. Delgado will be the key person in building out the affiliate model by expanding the successful one established in Latin America to other regions. The relationship with Mayo Draftfcb in Peru and its reputation of creating effective, award-winning campaigns is an example of just that.

With over eight years’ experience in Asia, Singapore-based Jonathan Allard brings a diverse skill set to his new role. A proven leader with finance at his core, Allard first joined Draftfcb in 2005 as regional finance director for APAC and Africa. From there he moved to Aegis Media in the dual role of regional finance director and Southeast Asia CFO, before returning to Draftfcb in his most recent position as APAC’s Chief Operating Officer. Allard’s earlier career was spent in London where he held primary management roles at the Financial Times website FT.com and Xchanging Ltd.

Laura Field, a 19-year veteran of Draftfcb, is based in London. She not only has an understanding of the culture of the agency and the business dynamics, but also has a wealth of experience in hiring, developing and retaining terrific talent across Europe. Having been in the industry for 25 years, she also brings a broad HR background to the position. Over the years she has assumed a number of different Human Resources roles including building out various geographic locations. Most recently she was HR Director for Europe, where she worked closely with the 12 offices across the region.

Draftfcb International is a cluster of markets outside the top 14 operations within the Draftfcb network.