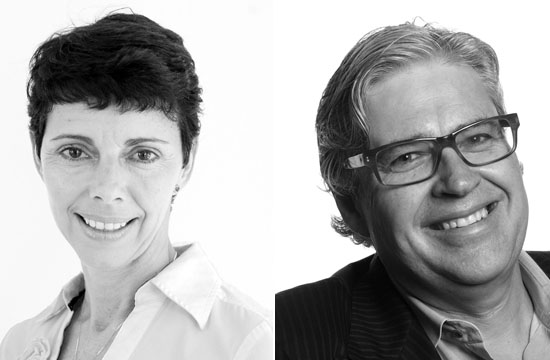 Draftfcb Global CEO Carter Murray has announced that Jonathan Harries, who had previously planned to leave the agency at the end of 2013, will resume his duties as Global Chief Creative Officer for the worldwide agency network going forward. He also announced that Elyssa Phillips, previously EVP, worldwide creative manager at the global marketing communications network, is being promoted to Chief of Staff, effective immediately.

“I do not know how to work without a strong creative partner and, in Jonathan Harries we have someone who can fill the CCO role flawlessly. He is someone who respects, attracts and motivates great talent, and also someone whom many clients have expressed great respect for over his career,” said Murray. “We also have similar points of view on great work, and on the importance for us to get this consistently out the door in every office.”

Murray emphasized that Harries will lead the charge, with his full partnership and support, “to make sure that we have an unfair share of creative talent, that we are unwavering in making certain that we never rest in getting the best creative solutions in front of our clients, and that we apply our creativity more effectively to build our client base further.”

As global chief of staff, Phillips will be a driving force in ensuring that the global leadership team is as effective as possible in their jobs. She will also continue to work closely with Harries to help elevate the agency’s creative product and in managing Draftfcb’s creative community worldwide.

“Elyssa is someone who has worked tirelessly at FCB and later Draftfcb for 20+ years.  From the moment I met her, she quickly impressed me with how she always puts others before herself. She has demonstrated the hardest thing in a global role – to make a difference through earned respect and persuasion, not through force of title,” said Murray. “Elyssa knows and loves this agency and, together with her very broad skill set, is a huge asset for us.”