A campaign celebrating the caring side of the modern man 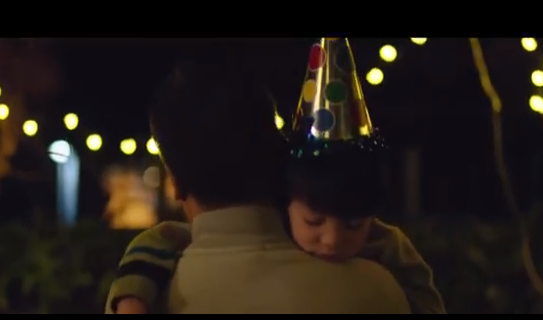 Are you really less of a man if you cry? That is the question Dove Men+Care is asking, with a new campaign created by The Marketing Arm USA and in partnership with the Wake Up Project encouraging society to reconsider what ‘the real strength of a man’ actually means.

Under the guidance of celebrated masculinity author and researcher Dr. Michael Kimmel, a survey of Australian men found that 86 per cent agree the concept of masculinity has changed since their father’s generation, and nine out of 10 believe showing care is a sign of strength.

“It’s an interesting time for men in Australia, with a new idea of real strength emerging. The research shows that men believe masculinity today is measured beyond traditional notions of power, affluence and physical strength, yet the overwhelming majority think the way masculinity is depicted in the media doesn’t reflect this shift,” Unilever marketing director Jon McCarthy said.

“In the same way that Dove Women has started a global conversation around real beauty, we want to start a conversation about a man’s true strength. The Dove Men+Care ‘Real Strength’ campaign aims to celebrate the caring character of today’s man, recognising how care for himself and others makes him stronger,” he added.

A staggering 91pc of men surveyed said they respect other men who show their emotions, however a majority of them (62pc) said they feel uncomfortable crying in front of others because it could be viewed as a sign of weakness – a viewpoint that Jono Fisher, founder of The Wake Up Project says it’s important to change.

“While it’s great to hear men respect others who show vulnerability, most men still feel uncomfortable showing vulnerability themselves. It really highlights the importance of starting a new conversation around what constitutes real strength in a man. These conversations are about giving men permission to be more emotionally honest in their family lives, workplaces and in society at large,” Fisher said.

As part of the campaign, Dove Men+Care and the Wake Up Project have created a podcast series where each week a successful Australian man, from a different walk of life, will open up about what real strength means to him. Guests for the podcast include Wallabies Coach Michael Cheika, former CEO of National Australia Bank Cameron Clyne, and TV presenter and journalist David Koch. The podcast series can be found online at Dove Men+Care or at rugby.com.au.

As a major sponsor of the Wallabies, Dove Men+Care has been working with the Australian Rugby Union to start the conversation about man’s real strength and address the evolving vision of masculinity in the 21st century. The campaign was launched at a function on Monday 4 May, where Wallabies players Dave Dennis, Wycliff Palu, Tatafu Polota-Nau, Sekope Kepu and Paddy Ryan were in attendance to discuss what real strength means to them.

For more information about the campaign visit www.dovemencare.com.au.

For more information about The Wake Up Project visit www.wakeupproject.com.au.