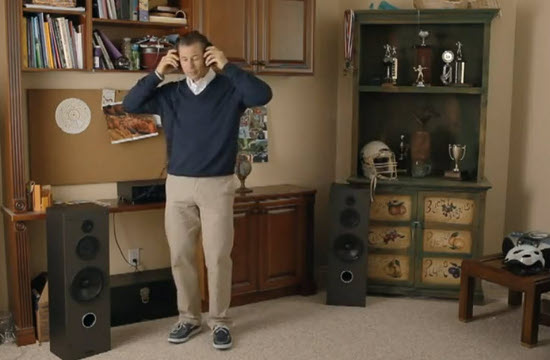 Brad Pitt’s brother. Urban regeneration. Tweeting for condoms. Ghoulish monsters. What do they all have in common? Transformative advertising.

Creative Business Ideas (CBIs) are Havas Worldwide’s strategic platform for transforming brands and driving profitable growth for clients. Established in 2000, the annual CBI Awards recognize the very best of those ideas from across the global network, and in past years have awarded such iconic advertising as Air France’s “Making the Sky the Best Place on Earth,” Evian’s “Live Young,” and Dos Equis’ “The Most Interesting Man in the World.”

The 2013 gold medalist, “Fair Go, Bro”, brings to life Virgin Mobile Australia’s promise of “a fair go for all” not by featuring a famous celebrity spokesperson; instead they gave an unknown sibling with a famous family name a taste of the celebrity lifestyle.  Doug Pitt (younger brother of Brad) washes his own car and pays his own bills. But, “Everyone deserves the celebrity treatment. Even a celebrity’s non-celebrity sibling.”

The campaign, despite a small media budget compared with its competitors, has driven Virgin Mobile Australia to its best-ever sales quarter—and has turned the non-famous Pitt into a viral sensation. The spot racked up 1.3 million YouTube views within just its first week and has received over 100 international press features, from the USA to Russia to Chile.

“This campaign has been a game-changer for us,” said Nicole Bardsley, Head of Brand and Acquisition at Virgin Mobile Australia. “Havas Worldwide and One Green Bean collaborated brilliantly to create such an original concept, and the strength of the strategy and insight behind this work is borne out by the way this campaign has grown our business.”

Arnold KLP’s silver-winning “Transform Your Patch” helped PepsiCo create a simple, tangible solution for inner-city renewal: Each purchase of specially labeled soft drinks translated into a centimeter of grass planted at public green spaces across Great Britain, including parks, playgrounds, and athletic fields. The campaign helped to regenerate land at 176 different sites around the country, and more than 3 million people voted online for their favorite “patch” of land, with thousands more volunteering.

“Monsters”, the commended Honorable Mention work by Havas Worldwide Helsinki, confronts a startling problem: One in four children in Finland is affected by parental alcohol abuse. The Fragile Childhood foundation asked Havas Worldwide to help raise awareness, provoke public debate, and create a large social media impact on a small budget. The resulting film, published on YouTube in both in Finnish and English, picked up a million hits within five days and has generated discussion in many major media outlets worldwide. Locally, the campaign achieved blanket coverage throughout TV, print, and online media that went far beyond the client’s expectations. To date, total views on YouTube have exceeded 2.1 million.

“Crucial to the success of this year’s four top campaigns is the way they’ve all taken on a life of their own in the digital sphere,” said Havas Worldwide Global CMO Matt Weiss. “Everyone these days is trying to build a campaign that ‘goes viral,’ but this year’s winning campaigns have actually done so. They demonstrate perfectly the way bold, attention-grabbing creative helps our clients’ business grow.”

In total, Havas Worldwide agencies submitted 77 entries from 33 countries, which were then shortlisted for final selection. A cross-disciplinary panel of Havas Worldwide talent—composed of nearly 40 judges across every region in the network and from creative, planning, digital, new business, and client services backgrounds—met over a series of Google Hangouts for real-time discussion. Out of these internationally collaborative Hangouts came the final selection of the winners.

“For over a decade, Havas Worldwide agencies across the globe have been united in their common commitment to the core value represented by the CBI: absolutely brilliant creative that has a substantial, measurable impact on the client’s business,” said Andrew Benett, Havas Worldwide Global President. “I’m very proud both of the work we’ve chosen, and the way we’ve brought together some of our best talent across all disciplines and regions for the evaluation process—echoing the streamlined, integrated offering we’ve put forward as a global agency following our 2012 rebrand.”