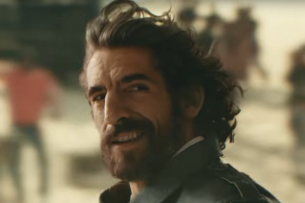 Dos Equis, the first Official Beer Sponsor of the College Football Playoff (CFP), is encouraging fans to go for “Game Day Greatness” this season as part of the brand’s commitment to premiumise and elevate the game day experience. Fans can win tickets to the College Football Playoff National Championship, get in on the unparalleled game day experiences all season long, and “Stay Thirsty” with the Most Interesting Man via filters and lenses on Snapchat. To culminate the inaugural year sponsorship, the helicopter RV that the Most Interesting Man tailgates from in the latest commercial will also be featured on-site at the CFP National Championship on January 9, 2017, in Tampa, Fla. for tailgaters to get in on the action.

The historic, multi-year agreement with ESPN to become the Official Beer Sponsor of the CFP was signed in December 2015. The deal includes on-site, on-pack and integration rights and markings for the Playoff, all six New Year's Bowl Games and the National Championship. As the second most popular sport in the United States (ESPN Sports Poll), with a television audience which broke records as the largest cable telecast of all time (ESPN/Nielsen TV), the CFP, the premium pinnacle of college football, has proven to be a key platform for reaching consumers 21+ during one of the most exciting sports events of the year.

“Working with the College Football Playoff and ESPN is a remarkable opportunity to help our consumers 'Stay Thirsty’ during one of the biggest sporting events in America,” said Andrew Katz, Vice President of Marketing for Dos Equis. “2016 has been a groundbreaking year for the brand with this sponsorship, multiple partnerships with Snapchat, and the evolution of The Most Interesting Man in the World, and we’re committed to elevating the beer drinking experience for fans whether at the stadium, at home or at their local watering hole.”

Said ESPN’s Gil Beverly, VP ESPN College Sports Marketing, “Dos Equis is known for their breakthrough creative. This leveraging of the Most Interesting Man is an example of elevating a smart campaign through the combined power of ESPN’s leading platforms and through the positioning of being ‘The Official Beer of the College Football Playoff,’ to drive greater impact with this engaged, passionate audience.”

In celebration of the first set of CFP rankings released today, the brand unveiled exclusive CFP packaging on its cans and bottles of Dos Equis Lager Especial and Dos Equis Ambar. Specially-marked bottles feature a code to give fans an opportunity to enter the Dos Equis “Go for Game Day Greatness” sweepstakes which includes a grand prize trip for two to the CFP National Championship in Tampa, Fla., on January 9, 2017. Additional prizes like tailgating grills, tents, entertainment centers and TVs are up for grabs too. Fans can enter online or via SMS text message. For more information, please visit www.xxgoforgamedaygreatness.com.

Dos Equis will leverage the CFP on ESPN with new The Most Interesting Man in the World advertising creative. The first full length commercial featuring the new Most Interesting Man launched last week on SportsCenter, which gives a nod to the sport as he carves a coconut into a football at his Serengeti tailgate with the Helicopter RV. An additional version of the commercial utilizes ESPN’s emerging VFX technology to transition from the Serengeti into a live football game in real time. This is the first VFX execution in college football and the first time a beer brand has used this groundbreaking technology. The brand will also release two additional football-themed commercials later in November.

Dos Equis will continue their 2016 momentum being the first-to-market beer brand integration with Snapchat, launching a national filter during the National Championship on Monday, January 9, 2017. The filter will showcase Dos Equis’ commitment to the College Football Playoff with The Most Interesting Man in the World.

Road to the Playoff and National Championship:

To premiumize and elevate the experience on-site, Dos Equis will be activating interesting and unique tailgates throughout the season, at conference championship games (most notably the SEC Championship in Atlanta in partnership with The College Football Hall of Fame), the “New Years’ Six” bowl games, CFP Semifinals and the National Championship. The New Years’ Six bowl game tailgates will also include hot air balloon rides with the nation’s preeminent operator, Scott Appelman of Rainbow Riders.

The Helicopter RV from the latest Most Interesting Man commercial, will also be featured at the fan experience and tailgate leading up to the CFP National Championship in Tampa, Fla. that weekend.

This multi-year CFP sponsorship from Dos Equis is part of an ongoing commitment from the brand to encourage fans to Stay Thirsty through elevated Game Day experiences with the premium import lager. For more information on Dos Equis and the College Football Playoff, please visit the Dos Equis Facebook page, www.Facebook.com/DosEquis, follow us on Twitter @DosEquis, or head to DosEquis.com.