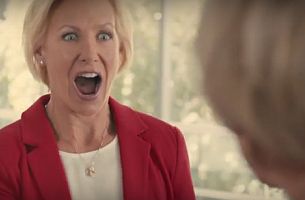 In a society where an overwhelming 41% of Americans didn’t take a vacation in 2015, how can a travel brand get people to see what they’re missing? Mexico decided to show people their doppelgänger taking a vacation in their place in a new campaign 'Doppelgänger Tourists' by LAPIZ in Chicago, part of Leo Burnett Group.

'Doppelgänger Tourists' aims to encourage overworked Americans to experience what Mexico has to offer by serving up a taste of FOMO (fear of missing out). The charming spot features two workaholics, Mike and Ann, who both have chosen work commitments over vacation time for far too long.

In an exciting twist, Mike and Ann meet their doppelgängers and learn that while they were toiling away at work, their doubles were having the time of their lives in Mexico, complete with scuba diving, kayaking and sightseeing.

By the end of the spot, the Mike and Ann have come to realise what they’ve been missing out on. Their doubles offer an emotional surprise when they offer them trips of their own to Mexico.

The online video campaign launched yesterday, March 30th, and the conversation can be followed with the hashtag #SeeYouInMexico.