INFLUENCER: The best work still shines through and the big shows should still be respected, writes Iris' Grant Hunter 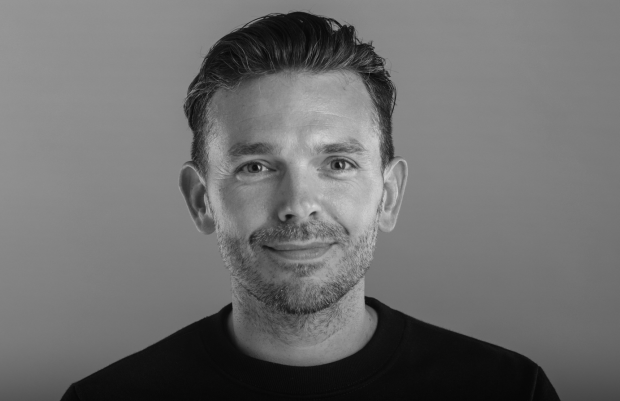 If you are currently sat in a creative department, working on a brief that you made up out of thin air, one that doesn’t have a problem to solve or a real client or a real budget, then take a long hard look at yourself in the mirror. You are the dopers of the creative advertising world.

The other week questions continued to be asked about Alberto Salazar and his Nike Oregon project, whilst Mo Farah faced increased scrutiny around his denial of being injected with a controversial supplement. Questions are constantly asked of pro-cycling teams as they play on the boundaries on the legalities of their performance enhancement methods.

Lance Armstrong didn’t show remorse over his doping for years, claiming that everyone was at it, in an attempt to validate his belief that he was still the best. He maintained he still won fair and square. That is bullshit. And it’s time that our industry also calls bullshit on our doping scam.

Some may argue that it’s fair game to remove barriers to get creative work through and as awards season kicks into gear, our social channels are flooded with beautifully crafted works of art. The problem is that these ads don’t always stand up against a global piece of work - work that went through rounds of approvals but still managed to keep its integrity due to the passion and drive of those who created it. Sure, it’s frustrating as hell at times and great ideas are often left on the table. But that’s what we are paid to do; we are paid to defend and protect the creative idea.

In smaller markets, I get the need to generate fame for the agency, but I’d still rather see it done in a progressive way, as opposed to generating beautiful pieces of art that then get entered into print or outdoor categories. Once you step into the shadows of jury rooms, you’ll see block voting still goes on, whether by country, region or network. It should stop.

Whether trying to influence jurors over WhatsApp groups, to blatant attempts in the corridor or washrooms to show work to a juror or trying to bring your own work back into the room - these are all examples I’ve either seen first-hand or have heard from other jurors over the last few years. And the big network chiefs know how to play the system; it won’t be overt but a presence in the judging room can sway the room.

Of course, the shows themselves set safeguards to maintain the integrity of juries, and the juries are becoming more diverse and reflective of the industry. Encouragingly, I do think that judges are savvier than ever; they’re interrogating the impact of the work and recognising that awareness alone isn’t enough of an outcome.  They are looking for work that has scale and work that makes a difference.

And of course there are different kinds of awards such as ones where you compete to win media spend and pitch together with the client. In setups like this, it’s the client-agency relationship that wins out. When you build strong trusted partnerships with clients who share your ambitions, you shouldn’t need to have a scam department. Our Starbucks clients are brave and understand the power of a true insight to generate powerful creative. That relationship resulted in winning the Channel 4 Diversity in Advertising Award. We hope the campaign opens up the conversation around identity and ultimately fosters greater understanding of issues facing the transgender community in the UK and beyond.

As networks and consultants chase creative points to help validate their ’creativity’ to clients and peers, they are spending vast amounts of cash to enter. Big money buys more entries upping the chances of conversion. It’s like F1 where the ‘works’ teams outspend the competition. A codpiece swinging contest on an epic scale.

It could be argued that this ‘competition’ raises the bar. The standard of case film writing and production is certainly improving, some to Oscar nominee standards. But the real winners are the award show owners, as their wallets bulge with ever-increasing entry-fees for burgeoning categories, created to satisfy our industry egos. In many ways, the best award shows are recession-proof. They play to our vanity.

Celebrating great creativity shouldn’t be sniffed at. The best work still shines through and the big shows should still be respected. Cannes, LIA and Clio’s set the creative bar. D&AD and One Show set the standard for craft. The EFFIES showcase work that works. But awards should be the by-product of doing awesome work and that’s why we have to push harder than ever to better what’s gone before. To generate work that people genuinely want to spend time with.