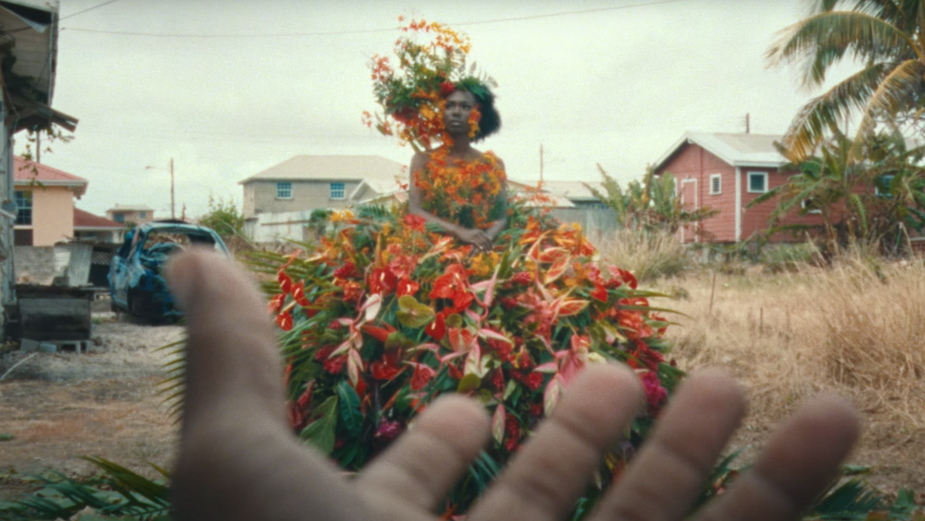 Ohrel follows Maul through a stunning visual polyptych of Barbados proper, where the social crossroad and nature collide in a day-to-night magical realist landscape of the island. The triumphant video is an ode to Haleek's love for his home country and the people of Barbados, in a groundbreaking achievement as among the largest music video productions on Bajan soil in the country's history.

Executive produced by Danielle Hinde, Jason Cole and Eric Doak, Doomsday Entertainment brought an elevated level of production that presented aspiring Bajan filmmakers with an educational opportunity to see how the making of video of that scale and budget is executed.

The production company behind music video phenoms including ‘This Is America’ and ‘Sad Day’ also collaborated with sister web3 creative tech studio DOOMSDAYX on the funding and community side of the music video. Buyers of January’s NFT collection directly funded the music video and in return received a collectible, producer credit, behind-the-scenes access, and perpetual governance stake over a treasury used for other projects and activations. Coinciding with the video's release, the single ‘Verified’ is also available widely on all streaming platforms after previously only being available via NFT marketplace Catalogue.

DOOMSDAYX launched in January 2022 as a world-building company for musical artists to craft NFT experiences, crypto communities, and collectibles for fans. The DoomsdayX team, led by co-founders Danielle Hinde (Creative Founder) and Eric Doak (CEO), steers artists from short-term cash grabs to long-term strategies, intent on delivering value to their communities. Utilising web3 tools and technology, DOOMSDAYX strategies entail: learning and ideating with their clientele, educating them on NFTs and cryptocurrency prior to launch; planning their web3 presence and legal council, their entire concept package, go-to-market strategy, crypto community game plan; and building and launching all assets, including NFTs and tokens, smart contracts, immersive collections and more.