#Dont4GetUsNow: Creative Industry Leaders Get Behind Supporting Freelancers During Covid-19

Creative networking app MeetGenie is helping freelancers fight against no pay after financial restrictions were set by the government during the global pandemic.
Creative workers have effectively been forgotten by the government. Nearly half of creatives across the creative industry are freelance. Those were asked to set up as Limited Companies, so that’s what they did. However, they are not not eligible for the new Self Employed Income Support Scheme, despite mostly paying themselves through small dividends not salaries - they can’t furlough.
Freelancers now have no options - they need the government to change policy so that the PAYE income and dividends paid to freelancers through their Limited companies can be counted as income for the purpose of calculating the Income Support Package. 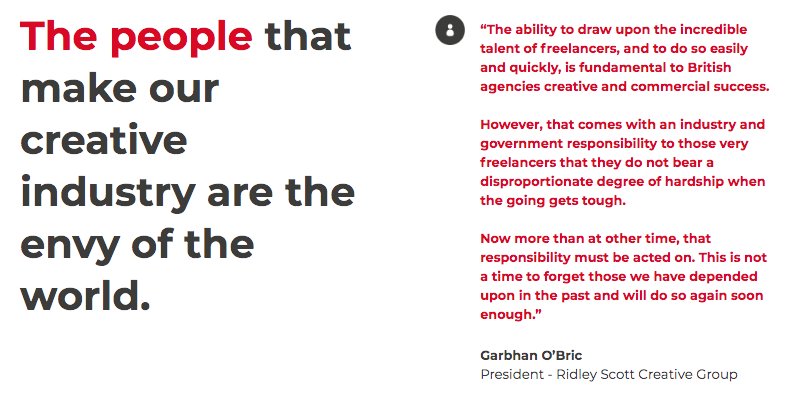 Brian Williams, freelance executive creative director, said: “In the creative industry, we don’t treat talent differently just because they are freelance. So why, during this critical time of need, would we treat them any differently? Our country needs to look after it's extraordinary creative talent no matter which HMRC form determines how they are paid.” Brian Cooper, freelance executive creative director, added: “Talent is the most important commodity for the creative industries. It is also the only commodity. Everyone has a shared responsibility to support this creative talent, which makes our industry the amazing life force of the economy that it is today. We all know these are difficult times for everyone. But when we recover, there will never be a more urgent need for fresh ideas to restart our lives, restart our industry and restart our economy. We will need our talent to be firing on all cylinders like never before. That means our country needs to look after its talent, now.”
The Forgotten Industry
The creative industry contributes £111.7billion to the UK economy. Pre-coronavirus, the creative industries were growing at five times the rate of the UK economy as a whole. Nearly half of the creative workers in the creative industries - 47% - are freelance, compared with 15% across the workforce as a whole. Surveys indicate that 90% of creative industry workers are set up as Limited companies.
This is not a small problem.
MeetGenie wants the government to review the following:

IPSE says that Coronavirus is not only a health crisis, but an economic crisis too, and one that is likely to hit the smallest businesses, such as those who are self-employed, the hardest.

All the creatives behind the above work and featured in the film are currently Genie freelancers. They have made some of the best work the industry has seen. The copy and film itself has been produced by ECDs James Cooper and Flo Heiss. Both are creatives on Genie working under Zooperheiss.com.