For BBDO NY's 'It Can Wait' campaign 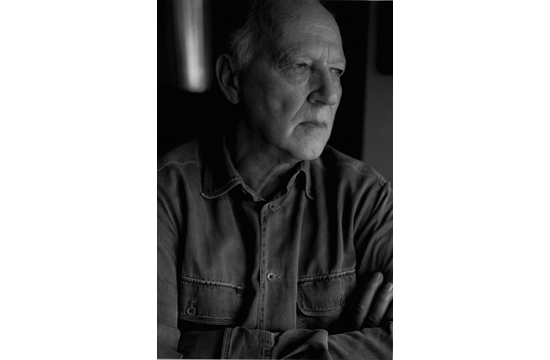 Acclaimed filmmaker Werner Herzog has directed documentary film, “From One Second to the Next”, on behalf of the “It Can Wait” don’t text and drive campaign that was launched by AT&T and is now being supported by the four major wireless carriers:  AT&T, Sprint, T-Mobile and Verizon.

The film tells the stories of four people’s lives that have been impacted by someone who was texting while driving.  It’s scheduled to have its premiere this evening in LA. The film is now posted to the campaign’s website (below) where viewers can also take the pledge to never text and drive: www.itcanwait.com

See the synopses of the stories being told below.

Xzavier and his sister were crossing a street near their home in Milwaukee, Wisconsin in October, 2010.

They looked both ways before crossing a street but unfortunately a young driver passed through a stop sign when texting while driving.  Xzavier was hit and the vehicle dragged him for more than 20 ft.

Xzavier is paralyzed below his diaphragm, with only limited use of his arms and hands.  He must use a ventilator to breath.

Driving a Tahoe in Utah, Reggie crossed the center line and ended up in the oncoming traffic lane. He hit and killed Jim Furfaro and Keith O’Dell – two scientists - as they were on their way to work on September 22, 2006.

Shaw went to jail for 30 days and did community service. He also spoke to Utah lawmakers to pass a texting and driving law. The new law penalizes a texting driver who causes a fatality as harshly as a drunken driver who kills someone. Offenders can now face up to 15 years in prison.

Debbie was taking her dog out for one last walk before bedtime in her own front yard when Emma Vieira veered off the road while texting.  She put Debbie in a coma for four months & left her severely disabled. Debbie’s sister and brother now care for her.  Debbie’s beloved dog was killed in the crash.

Emma was sentenced to 30 days and has expressed regret, but would not agree to be filmed as part of this documentary.

In April 2012, Chandler was texting while driving when he ran into a horse-drawn carriage carrying an entire Amish family.  He killed three children and severely injured two other people. One of the victims was a 3-year old child. The victim’s father has reached out to Chandler forgiving him for the accident.  Not long after the accident, Chandler became a father himself.