Trends and Insight 164 Add to collection

LBB’s Laura Swinton on the London Mayoral race, Donald Trump and stories in search of an ending 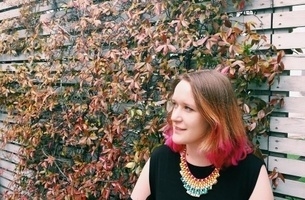 Back in January I wrote about the lessons the advertising world could learn from the worrying and inexorable march of Donald Trump towards the Republican candidacy and – even – the presidency of the United States. He’s dominated the narrative of the Republican race with his outrageous proclamations, PR puppetry and unconventional media strategy, and now he’s the last man standing. However alarming this is, I still maintain that there’s a valuable moral lesson there about complacency – creative, strategic, executional. Meanwhile over in the UK, the London mayoral race has offered up its own comms lesson plans, albeit in a slightly less terrifying context…

The victory of Labour candidate Sadiq Khan is equally rich for advertisers, marketers and comms people, if not a little (a lot) more nuanced.

While red rag, controversy-stirring tactics have worked for the Trump campaign, they did not do so well across the Atlantic. Towards the last few weeks of the race, the campaign for Conservative candidate Zac Goldsmith got really nasty. Goldsmith, Prime Minister David Cameron and pet media outlets tried to paint Khan – a Muslim Briton, born and bred in London to Pakistani parents – as a terrorist sympathiser, labelling him ‘extreme’ (extreme what? They wouldn’t say, but expected the public to make that connection).

It failed miserably. Of course it did. Even Zac Goldmith’s sister Jemima – former wife of Pakistani cricketer and politician Imran Khan – came out to condemn little bro’s dirty tricks on Twitter.

But why did it fail where Donald Trump gets away with insulting female journalists, slagging off the wives of his rivals, calling a substantial proportion of the electorate ‘rapists’ and insisting that wall-building constitutes smart international policy?

For one thing, the Goldsmith campaign completely misjudged its audience. Trump can get away with his attention seeking proclamations because he’s not just after the urban population of a major global economic hub. He’s not running for Mayor of New York. New York, like London, is a culturally diverse, cosmopolitan hub. Even those on the conservative side of the spectrum have close ties with all sorts of people with all sorts of nationalities and backgrounds.

It also underestimated Londoners’ sense of fairness. As a moderate, fairly liberal man who has received fatwas and death threats because of his support of gay marriage rights, lumping him in with Daesh was always going to set off bullshit detectors. Londoners are surly and grumpy, but it’s a sort of equal opportunity surliness. “I can barely tolerate you… but don’t worry, I can barely tolerate anyone.” If you’re going to risk it with negative and nasty campaigns, you ought to have some idea of how it will play in your target audience, no?

And, here’s the big difference, it was desperate. It was off brand. For Trump, with his red-purple face wobbling and short fingers pointing, his strategy has been entirely consistent with his public persona. You might – probably do – hate what he’s doing and saying, but it is convincingly authentic. For mild-mannered Zac Goldsmith, bland but apparently ‘charming’, the surge of nastiness was plain weird. His sudden attempts to shake off the racism allegations by trying to cast himself as a friend of the Asian community were at best embarrassing (check out this interview here) at worst self destructive (like when the campaign tried to tell British Indiansthat Khan was after their gold jewellery).

The Goldsmith campaign complacently tried to nick some moves from Trump without ever stopping to consider whether they could pull it off.

If anything, it was Khan who ‘borrowed’ from the Donald Trump approach to most success. He controlled the story – impressive when much of the UK’s media was set against his embattled party, Labour. The Rise of the The Donald has been the magnetically horrifying, unyielding narrative arc of the US presidential campaign. And everyone knows that there’s no force in the universe more powerful than a strong story in search of its natural conclusion.

Sadiq Khan had the gift of the son-of-a-bus-driver-becomes-London-Mayor fairy tale, climbing to the top of the polls as if clambering up a beanstalk. He pushed that story hard. I don’t think I read a single interview that didn’t mention the bus driver father, the working class roots, the paper round, the summers spent on building sites, the long hours studying for his law qualifications while still sharing a bedroom with one of his seven siblings until well into his twenties. See? I know his life story better than my brother’s.

It was a story in search of a happy ending. It slotted in with policy plaftorms that appealed to the struggles of low paid Londoners and workers in the ‘squeezed middle’. But, even better, when his opposition started to get personal in their attacks he had a readymade role for them: the villain. They walked straight in. Woopsie.

For now, the fairy tale has reached its end and the real work is about to start. Over the coming years, Londoners will get to get a better idea of the truth behind the story. And more immediately, Sadiq Khan has found himself drawn into Trump’s narrative orbit as the first Muslim mayor of a major European city contemplates whether he’ll be able to get to the States any time soon…