Directed by Ian Pons Jewell, the video captures the disorientation felt by a man taking drugs

Award winning multi-vocalist, producer and comedian Beardyman has released the official video for his latest single 6am (Ready to Write) featuring Joe Rogan via RCA Records.

The visual is directed by the acclaimed Ian Pons Jewell who has previously worked with the likes of Nao, Vince Staples, Rejjie Snow, Nike and many more. Filmed in Kiev, Ukraine the video follows the central character having a narcotic fueled day of excess. The video soon takes an unexpected twist when the character experiences a hallucinogenic trip which leaves your head spinning! The mind-bending visual effects are the work of award-winning VFX company, Electric Theatre Collective, whilst Joe Rogan reads the daily routine of legendary writer, Hunter S Thompson. The video was produced by Academy Films.

Beardyman’s rise to success began with him winning the UK Beatbox Championships two years in a row in 2006 and 2007. Creatively shackled by technology and his vast musical ideas, he then went on to develop the world’s most advance live music production system known as BEARDYTRON_5000, allowing him to improvise studio quality cutting edge dance music in real time. He unveiled the BEARDYTRON_5000 at the annual global TED conference which you can watch HERE. He also received a standing ovation for his talk which only happened for a few of the groundbreaking talks that year.

Beardyman has previously collaborated with artists as varied as Chase and Status, Imogen Heap, Groove Armada, Jack Black, Herbie Hancock and Tim Minchin who have all described him as a musical genius. More recently he lent his vocals to Fatboy Slim’s single ‘Eat Sleep Rave Repeat’ which he astonishingly improvised and recorded in one take. The track became a global phenomenon and reached #3 in the UK charts. 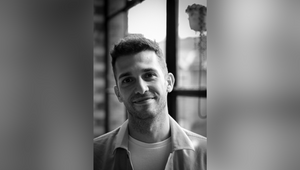 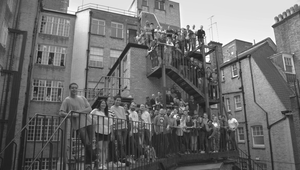