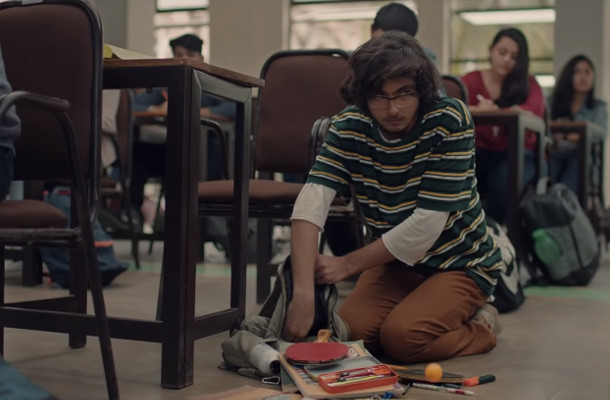 Fastrack has recently launched the latest version of its popular wearable activity tracker 'Fastrack Reflex 2.0'. To promote this stylish, new-age activity tracker, Lowe Lintas Bangalore has conceived a quirky campaign film.
The new Fastrack Reflex 2.0 is a feature-packed activity tracker that boasts of a 'Phone Finder' feature. The campaign idea amplifies the feature and flirts with the fear and anxiety of the youth about losing their smartphones, telling them: 'Don't be a loser!'
Suparna Mitra, chief marketing officer, Titan said: "The mere thought of losing our phone sends all of us into a panic frenzy. And the perfect solution to this is Reflex 2.0’s phone finder feature. While the smart band has other new features, we thought this would be an interesting take to appeal to the growing number of smart wearable users of today."
In its usual unconventional 'Fastrack' way, the campaign film by Lowe Lintas Bangalore shows the distress people experience in the moments when they think that they’ve lost their phone, making them feel like complete and utter ‘losers’. The Reflex 2.0 puts an end to their grief with its new Phone Finder feature that instantly locates the 'lost' phone.
Commenting on the campaign, Arun Iyer, chairman and chief creative officer, Lowe Lintas said: "The idea came from a very simple insight, our world seems to fall apart in the moments just after we realise we’ve lost our phone. We are inconsolable and feel like a ‘loser’ in every sense of the word.  We decided to have a bit of fun and showcase how with the Fastrack Reflex 2.0 you never have to feel like a loser again."
Hari Krishnan, president – South, Lowe Lintas, said: "Normal words have a different meaning in the youth context and that’s why there is a normal dictionary and an urban dictionary.  In its typical, quirky way, Fastrack has explored the world of ‘losers’ in the context of a new feature on Fastrack Reflex 2.0 that helps locate a lost handset. We’re confident this won’t be lost on the Fastrack consumer."
The campaign will be live online and offline.
view more - Creative