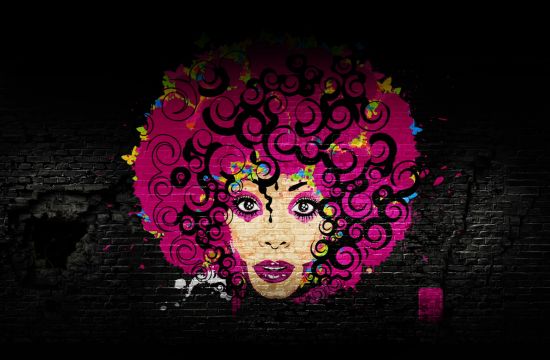 Great Guns director & renowned street artist Remo Camerota, was recently commissioned by Verve Music Group to direct a music video to celebrate legendary disco diva Donna Summer new album. The project, introduced by acclaimed Randi Wilens who represents Great Guns in USA for music videos, was so successful, that the record label specially requested Remo to then design the poster image from the animation elements of the promo to promote the album and include with the album packaging.

From Remo’s street art background experience, he knew he could get an iconic visual of Donna Summer. With his experience in modern street art, Remo’s aim was to create an art piece that could be painted on walls, put into animation or made into t-shirts and posters. Something that could be used anywhere. This was Remo’s intent from the beginning.

The project was no mean feat as both the record label and Donna’s family really wanted something special to celebrate her legacy. But they were so thrilled with Remo’s creation that Verve Music Group have just premiered the promo on Entertainment Tonight.

Says Remo “Donna Summer has been a huge inspiration in my life, from dancing to her at discos to playing classics Love To Love You and I feel Love in my DJ sets when I used to play clubs.

So now it’s an honor to be able to recreate an iconic look for Donna Summer and her family that will live on forever and inspire new generations. I am thrilled to be part of this legacy.”