The Influencers 652 Add to collection

INFLUENCER: Smoke & Mirrors Executive Producer gives us a rundown of her favourite Christmas adverts of 2017 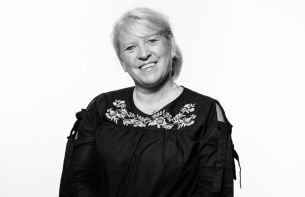 I’m excited to have been asked to review this year’s Christmas commercials. Lots of very cute kids feature, all providing outstanding performances. So, in no particular order, here goes.

I’ve been eagerly awaiting the Heathrow Airport spot as last year's was my favourite Christmas ad, and it didn’t disappoint.

A sweet love story of how the bears first met and their journey from 1967 to today. There are so many things that warm my heart in this spot, including his little paws on the transfer bus window as it pulls away and he watches his crush climb back onto the aircraft after returning his hat in the opening scene.

He woos her with a thank you gift after greeting her as she walks through arrivals with her crew, and their romance blossoms. They steal a kiss under the mistletoe in the back of a black cab, and the rest is history.

There’s a lump-in-the-throat moment as he looks lovingly at his wedding photo on a return flight and the viewer is left wondering if his wife may not be there to greet him this year. But as the crowds dissolve, his wife, his children and grandchildren are there to welcome him home.

Full points go to the bear's stylist; highlights include papa bears '70s rain mac, the daughter rocking her roller skates in the '80s and the son’s Kevin & Perry look in the '90s. It’s genius and I love it.

The story follows an adorable little girl and her father who take a break from Christmas shopping and head to McDonald’s. She saves a carrot stick from her happy meal for Santa’s reindeer.  Clutching hold of it even while fast asleep on the bus journey home, she comes bounding through the door waving the carrot announcing to her mum that “it’s for the reindeer”.  At which point an invisible scratch on the record moment happens “you know there’s more than one right?” says her older brother. So father and daughter head off in search of more carrots late at night to feed the rest of the reindeer. Back to McDonald’s! Dad uses this opportunity to have a cheeky cheeseburger claiming it’s for "Father Christmas". “Daddy, Father Christmas only eats mince pies.” Cheeseburger cancelled! Cute.

It’s the classic story of shy guy eyeing up a pretty girl while waiting for their trains to depart. The girl is watching ‘It’s a Wonderful Life’ on her mobile phone.

He quotes a line, she quotes a line, and it all looks very promising for a sweet little rom com as she explains she must have watched it a thousand times. He raises his concerns that it’s expensive to watch movies on a mobile phone.

If anyone quoted a line from a romantic movie then followed it up with “not on there, though I hope, you’ll burn through your data” I’d slide myself off the bench.

The spot didn’t leave me as filled with festive spirit as the first two, and I usually love Martin Freeman. However, I did google Vodafone video pass straight away as I plough through data on my train daily commute, so something must have worked!

Amazon 'Give' by Lucky Generals

I really love the idea of all the parcels singing ‘give a little bit’ as they leave the Amazon Warehouse and prepare their Christmas journey to give happiness to the recipient. The little girl's gap-toothed smile and excitement of seeing her delivery arrive at the end are priceless. Great cover of a classic Supertramp track as well. Simple but effective.

Sky Cinema 'The Sound of Music' by WCRS

A heartwarming story of a mother and daughter's yearly tradition of watching The Sound Of Music at Christmas together. Up until the point when she flees the nest and mum's left watching it home alone. The real tear-jerker moment is when the mum glances over at a postcard and photograph of her daughter thousands of miles away in sunny Thailand. However, the mum is soon overjoyed with emotion when the daughter makes a surprise return, making her Christmas. It ends with another little lady in their life to continue the family movie tradition. It’s charming and I’m sure resonates for many worldwide.

Debenhams 'You shall' by JWT London

Nothing like this happens to me on the train home to Brighton!

This spot for me encapsulates everything a classy Christmas commercial should have; it’s also beautifully shot and graded. A proper fairy tale story. I love the sparkly romance and the cameo from Ewan McGregor at the end.

I wasn’t sure at first as there are always high expectations. However, the more I watched it, the more I warmed to this spot. The relationship between Joe, the superbly cast little boy, and Moz, is really special. The monster isn’t at all scary (apart from his nose) so watching the fun they have despite depriving Joe of his sleep, is adorable. The clumsily wrapped gift from Moz turns out to be a night light to help Joe sleep but sadly ends their late-night antics. Elbow’s version of ‘Golden Slumbers’ ties everything together perfectly. Lastly, the fart SFX cracks me up every time. Very childish, I know, but felt that was hugely important to mention in my review!