'Donate a Smile to a Child' 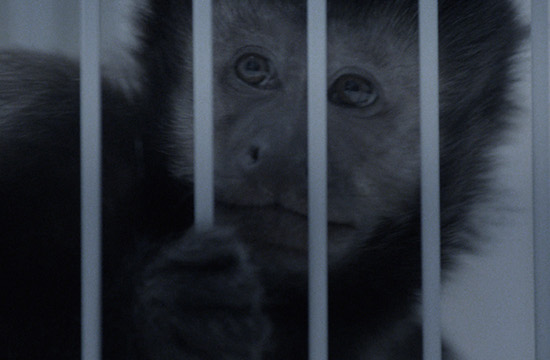 The NGO Operação Sorriso (Operation Smile), which has worked in Brazil since 1997, is going through a tough financial period. The organization has already performed more than 5,600 reconstructive surgeries for cleft lip on needy children and now depends exclusively on local contributions. If it cannot get help, it will need to drastically reduce its work, leaving hundreds of people in Brazil without care or hope.

This is why the NGO is launching an appeal to the most primitive side of human beings: the ape that remains at the core of us all. The idea of the campaign Stay Apes is to preserve the essence of solidarity among human beings and, according to Eduardo Lima, Executive Creative Director of F/Nazca Saatchi & Saatchi, "To remind people, especially non-donors, that the act of sharing is what helped us evolve as a species and should never be ignored."

The commercial was inspired by a scientific study by Duke University that explored the ancestral nature of empathy - our ability to relate to the feelings of others. In the commercial (and in real life), a monkey decided, in a rational and premeditated manner, to share its food with another completely unknown monkey.

Paulo Mayon Benevides das Neves, President of Operation Smile in Brazil, commented: “There is nothing more genuine and satisfying than the smile of a child. And you don’t need to know the child to feel the power of this expression.  Therefore, I invite everyone to become involved with the stories of smiles that thousands of anonymous donors have given back, and of the smiles which, I hope, many others will give back.”

To donate and ensure that the NGO continues its work in Brazil visit: www.stayapes.org 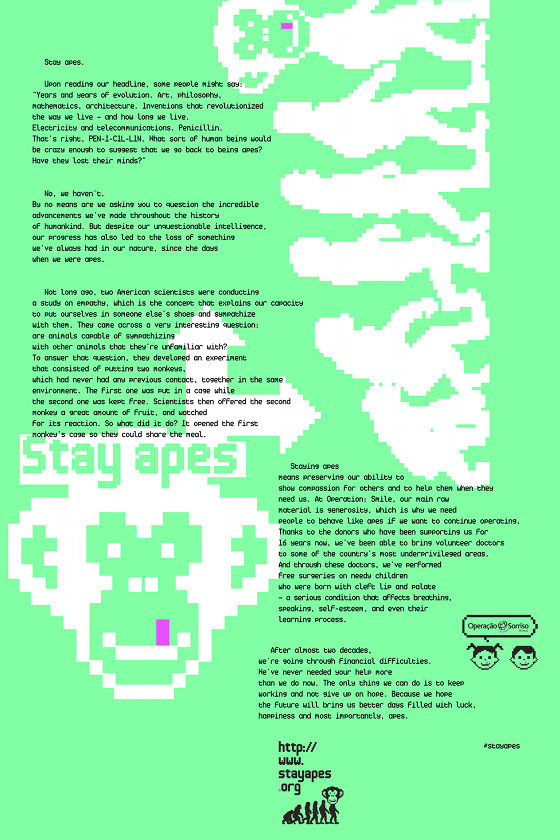