Donald Trump’s Predatory Thinking is a Warning Against Creative Complacency 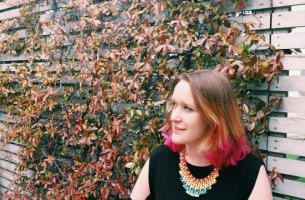 We need to talk about Donald. We don’t really want to talk about Donald. He gets enough free air time and column inches as it is. But that’s exactly why we need to talk about him. Yes, it’s presidential election year in the USA. The big day isn’t for another 11 months, but already there’s plenty for politically-minded adwatchers to chow down on. There’s the insane TV spending, which kicked into overdrive the moment the clock struck midnight on December 31st, the surge in grassroots donations (which has seen Bernie Sanders overtake Obama’s record for the number of campaign contributions), the negative campaigning debate and the overzealous embrace of ‘moment marketing’. And then… well… and then there’s Donald Trump.

You know that feeling when you find yourself unable to stop staring at a ripe, juicy spot on a stranger’s neck?

Well, that’s how I feel about Donald Trump and his campaign for the Republican nomination. I. Can’t. Stop. Staring.

But then, whatever the result is in the end, I have a feeling his campaign has all the signs of a fascinating and potentially useful case study.

The first thing to know is that up until this month, Donald Trump’s spending on advertising media has been dwarfed by everyone else. He’s been pretty open about the fact that he hasn’t really had to shell out for coveted TV ad space because the media is giving him a platform in the shape of wall-to-wall coverage. All he has to do is open his mouth. Or get Sarah Palin on stage with him. But while it’s free coverage, it’s not without a price. To get there he’s had to be deliberately contrarian, strategically offensive and willfully ignorant – and as a result has attracted plenty of negative coverage. So will the millions of dollars’ worth of earned media he’s garnered be worth much when it comes to votes? Well, he’s racing ahead in the polls (Huffington Post’s poll tracker currently has him over 20 points in front of second place Ted Cruz.)

Even his decision not to participate in the next Republican candidates' debate - spurred on though it was by a fallout with Fox - has generated reams of coverage and buzz. He gets so much press he doesn't even need the extra free platform of a debate. It also puts psychological distance between him and the other candidates - he is singled out, they are lumped together. Hell, even I'm doing it.

His tactics and brand are playing well with Republicans, so something must be working. But if he does succeed in getting the nomination, how will he be able to get swing voters and groups that he’s previously marginalised on side? Maybe it’s a cross-that-bridge-as-and-when scenario?

The second thing to know is that he’s gone from spending just $300,000 on radio ads (compare that with Jeb Bush’s $40 million ad spend to date) to pledging to spend $2 million of his own money every week. It’s an interesting move, given recent suggestions in this LA Times article that other Republican candidates are splashing vast amounts of money on advertising but are seeing little in the way of ROI. There’s one for the creative effectiveness experts to ponder (not that political advertising is known for its creativity – indeed that could be the reason these TV ads are performing so poorly). On the other hand, it’s predicted that this year will see $4.4 billion in political media spend and if he can carpet bomb the paid channels where his competitors do have some sort of platform, it can only help.

He’s quoted as saying, “I don’t think I need to spend anything. And I’m very proud of the fact that I’ve spent the least and achieved the best result… I feel I should spend. And honestly I don’t want to take any chances.”

Despite the inflated budget, he’s still all about earned media over paid media – and nowhere was that more obvious than after his first TV ad aired on January 4th. In typical Trump fashion, it was blunt, simplistic, riddled with inaccuracies… and the press couldn’t stop talking about it.

It’s worth noting that although Donald Trump has, until recently, been frugal with his advertising budget, he’s still been spending. The Washington Post details his vast coterie of strategists, consultancies, and specialists and suggests a substantial chunk on his outlay on expensive venues. That’s what we might call fan engagement and uh, experiential, in adspeak.

Taking a broader view of both the Democrat and Republican candidate campaigning so far, the one thing that’s been roundly missing from the conversation is creativity. Since Nate Silver burst onto the scene, political parties have become obsessed with data crunching – but this article in the New York Times suggests that it’s resulted in blandness, particularly from the Republicans. With everyone playing the same numbers game and therefore arriving at very similar strategies, the campaigns melt into one another, becoming an indistinguishable blob.

Speaking to the New York Times, University of San Francisco politics professor Ken Goldstein noted, “The creative has not caught up with the targeting… The creative has to break through.”

It’s a warning to the advertising industry’s big data evangelists – neglect creativity at your peril.

There’s certainly been no glimmer of an Obama ‘Hope’ moment so far, and while there’s still plenty of time it’s unlikely that mystical alignment of art, originality, popular culture, personality, momentum and message will rematerialize. But let’s be real, political advertising is so boring that it shouldn’t be that hard to break through by being more creative than your competitors. You probably don’t even need Shepard Fairey. And it’s that lack of creative thinking from the rest of the Republican candidate’s teams that’s allowed Donald Trump to race ahead in the polls. Love him or (probably, I’m guessing) loathe him, he’s the one who’s doing things differently.

To borrow a phrase from one of advertising’s creative visionaries, he’s the one zagging while everyone else zigs. And from another, he’s the one with predatory thinking.

This is what happens when you get complacent about creativity, people. This. Donald Trump comes along and gets even closer to becoming the most powerful person in the world.

P.S. In the interest of fairness, I'm sure I'll be cooking up a little article about the Democrats progress in the coming weeks.
view more - Trends and Insight