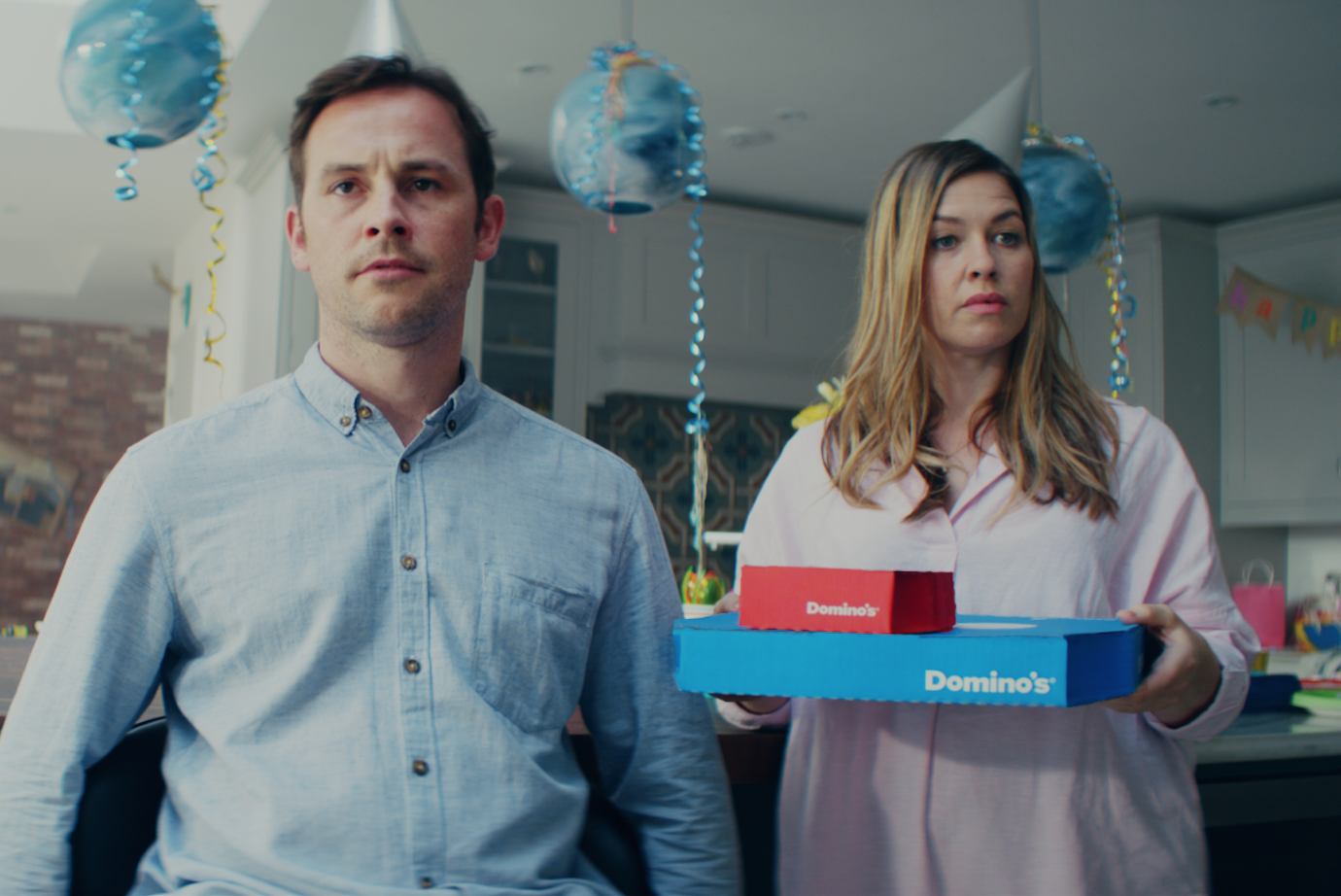 The new film sees Domino’s as the perfect antidote to a children’s birthday party aftermath, with the shell-shocked parents surveying the devastation (cowering clown included) pizza in hand. Set to a memorable soundtrack “The End Of The World” this will stick in your head for the unique juxtaposition of the song and what is on screen.

Created by VCCP, this is the first of four films that will launch throughout the Autumn and into early 2019. Running in full across TV & VOD, there will also be clips of the footage running across Social and CRM as well.

Julian Douglas, vice-chairman, VCCP  added: “This iconic campaign has been a phenomenal success, enjoyed by customers and Domino's employees alike, delivering great results. Now in its second year, The Official Food of Everything celebrates those moments we can all relate to with Domino's distinctive wit and wisecracks.”