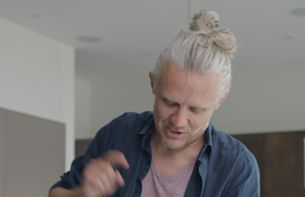 Jimmy Bullard is a household name for many reasons, his illustrious football career and appearing on I’m A Celebrity amongst those. However many remember him as one of the most famous football players to never earn an England cap. Although called up to the squad a few times, he never managed to make it onto the pitch for an international tournament.

For this reason, Domino’s, the UK’s favourite pizza brand, think that he’s the perfect spokesman for staying home whilst there’s a bit of football going on in Russia.

As the official spokesperson of watching football on TV, viewers will see Jimmy in his natural habitat, on his sofa, in his kitchen, ordering a Domino’s pizza, all captured by a series of social videos shot in a documentary style.

Created by VCCP, for maximum impact this tongue-in-cheek campaign will be promoted socially with a special tie-up with Sport Bible, offering a candid look at Jimmy as he prepares for his role at home. The campaign will also be activated across YouTube, Twitter, Facebook and Instagram as well as through CRM.

This irreverent sponsorship work, fits in perfectly with Domino’s new manifesto, “The Official Food of Everything”, which launched in September 2017.

Domino’s launched in the Britain in 1985 and is recognised as the UK and Ireland’s favourite company, delivering around 100 million freshly made pizzas from over 1,000 stores every year.

“Who better to represent the true spirit of watching the football from the comfort of your own home, than with Jimmy Bullard, one of the best players to never play for England, What Jimmy lacks in national team caps he more than makes up for in his ability to deliver deadpan lines to camera, and laugh at himself in the process. A brilliant campaign with a fantastic front man, that we hope our customers will love as they watch the undoubted football highs and lows in the coming weeks“.