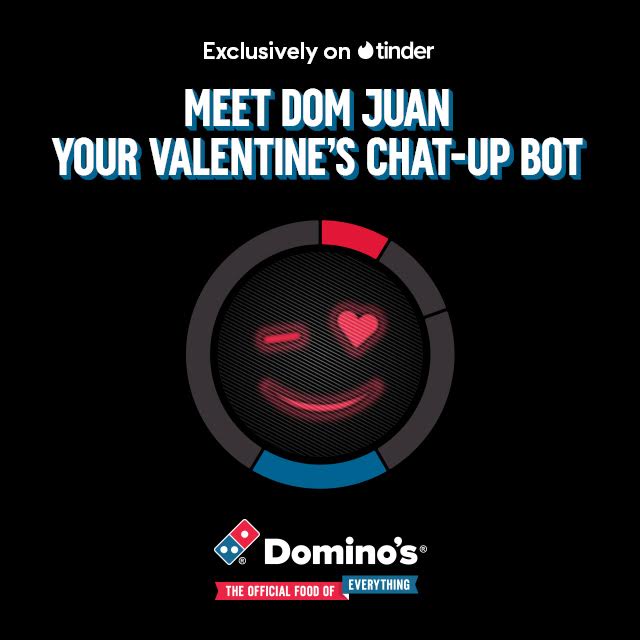 In a UK and ROI first, Domino’s is leveraging Tinder’s new chatbot to help singletons find a date. Enter Dom Juan, the digital love guru. Appearing as a normal profile, this thumb-stopping chatbot is a chat-up line expert who wants you to swipe right.

Dom Juan will start to help as soon as you’ve matched with him, by feeding you lines that you can then send on to others. Featuring a cheesy selection of “a-dough-rable” puns, icebreaker questions, and hilarious gifs, he’s determined to get you a date. Proving that Domino’s really is The Official Food of Everything, including tasty chat-up lines.

Created by VCCP, with media planning and buying by Arena Media, for maximum impact this clever chat bot will be promoted across email, Spotify, push notifications, Twitter Facebook and Instagram as well as by specially selected influencers.

This is the second campaign since Domino’s Pizza Group (DPG) appointed VCCP as its lead digital agency for the UK and Ireland in November, and the third following their launch of the new manifesto, “The Official Food of Everything”, which launched in September 2017.

“Domino’s is a brand that isn’t afraid to have fun with campaigns and Dom Juan is a great example of this. It’s bold and un-ignorable and totally disrupts everything else that you find on Tinder. The chatbot will get Domino’s noticed, but might just also help people find a date!”

Sarah Treliving, Managing Director of Arena Media, added: “The introduction of Dom Juan follows the incredible success of Domino’s partnership with Tinder late last year. In another innovative media-first we’ve executed an idea that offers Domino’s the perfect environment in which to reach their target audience – when they’re looking for that perfect match in the run up to Valentine’s.” 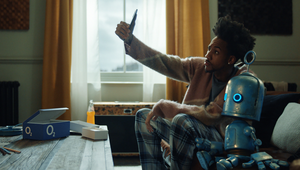 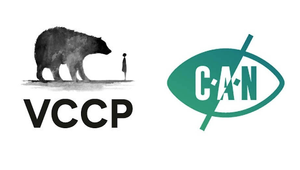 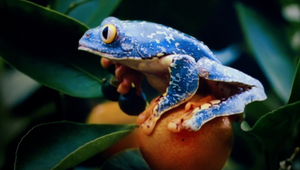 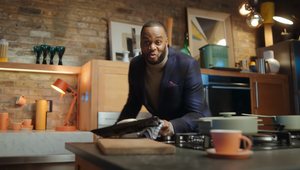