Dom Joly Deals Out No-Nonsense Advice During Lockdown for GrosvenorCasinos.com

Comedian tackles variety of crowdsourced topical issues in humorous series, ‘Deal With It’ 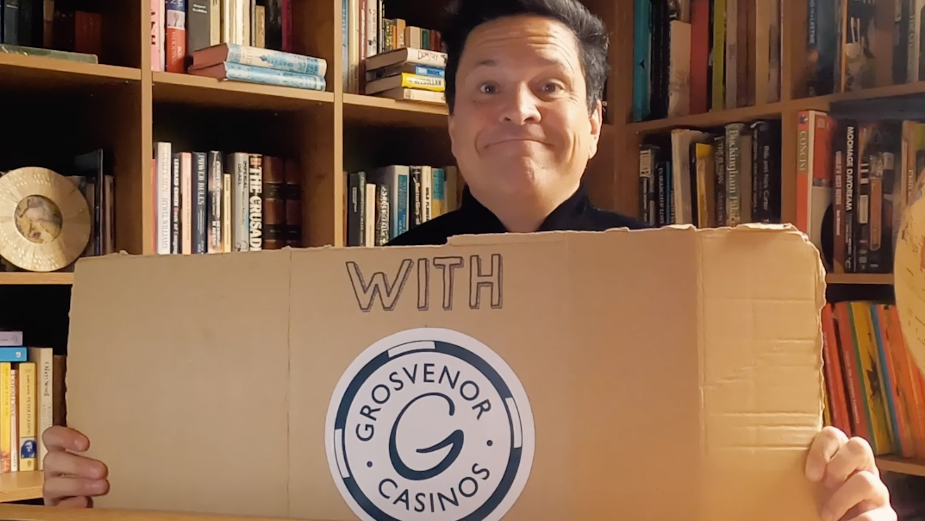 GrosvenorCasinos.com, the online casino operator, is launching a new online series featuring comedian and writer Dom Joly offering straight-talking advice to the nation during these uncertain times. The campaign was developed in partnership with independent digital creative agency Waste.

‘Deal With It’ aims to entertain GrosvenorCasinos.com’s audience, which is largely made up of men aged 25+, building awareness and long-term affinity for the casino brand, as well as establishing a more distinctive ‘tell it like it is’ tone of voice on social.

Assisted by Dom, GrosvenorCasinos.com is stepping up to offer answers as the nation experiences a time of uncertainty and confusion, dealing out no-nonsense advice to the people of the UK.

Ina series of short social films, shot by Dom himself using a Go-Pro camera during lockdown, the comedian will deal with a variety of topical issues - from what type of facial hair the modern man should be sporting, to how to stop your flatmate stealing your food from the fridge. The featured problems will be suggested by viewers, with Dom responding with his unique take on how to handle them.

The films were produced by Spirit.Consumer PR for the campaign is handled by Stripe Communications.

Catherine Warrilow, head of PR and content (Digital), GrosvenorCasinos.com, said: “Working with Waste on this campaign, we were looking to create a series that could become part of our evergreen content. And we thought, who is smart, quick-witted and straight talking? ‘Deal With It’ was born, and we’re waiting eagerly to see what dilemmas the nation throws at Dom. This is what great social should be – a way to start a weird conversation.”

Alistair Campbell, executive creative director, Waste, added:“Two months ago, you’d have been laughed out of the room for suggesting self-shooting a project like this. It’s testament to the bravery of our clients, Catherine and Jemma, the Waste team and Dom himself that we’ve been able to create some really funny, topical, good-looking content at a time when many brands are still struggling to know how to react.”