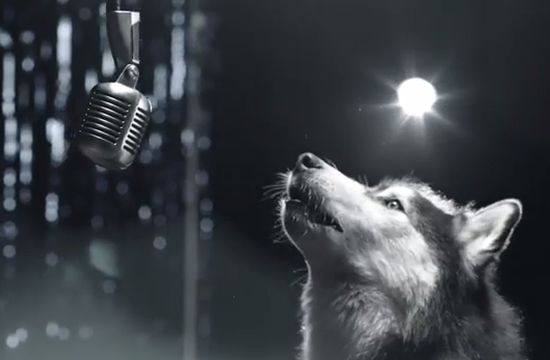 While animal cancer is an increasingly prevalent disease amongst dogs and cats, it is a frequently overlooked cause. In fact, although 1 in 4 dogs and 1 in 8 cats currently die from cancer, the awareness of pet cancer is extremely low. Until now, that is. Pet Trust, Canada’s first charitable fund dedicated to cancer cure and prevention in dogs and cats, is raising awareness, and donations, with a “We Are the World”-style song and video featuring an entirely canine cast. And one cat.

Pet Trust, which raises money for the Ontario Veterinary College Animal Cancer Centre at the University of Guelph, launched the video, song and a website for their “Keep Cancer On a Leash” campaign on November 4.

The site, at www.pettrust.ca, not only allows viewers to watch the music video, but also gives viewers an option of watching an annotated version of the video which includes survivor stories of dogs who were treated at the Cancer Centre, behind-the-scenes footage, and biographies of the performing dogs. Viewers can also upload pictures of their own pets to star in customized, sharable versions of the video. Of course, the site is also equipped to take donations.

True to the genre of these charity videos, the cast of dogs takes turns “singing” various parts of this light-hearted appeal to people’s hearts and wallets. Surprisingly, however, the video, shot in Toronto, by Untitled Films and award-winning director Curtis Wehrfritz, uses very few special effects.

“Once we had a great song from Pirate, we decided that the best way to keep people interested in the video would be to have the dogs’ performances feel as authentic as possible,” said Christina Yu, Executive Creative Director of Red Urban  the agency that conceived the campaign. “And we knew Curtis was the right man for the job.”

“We knew this was going to be an editing-heavy exercise,” continued Yu, “So we also asked Christina Humphries, at Rooster Post, to come on board. Christina’s great at these types of technically precise edits.”

The song which, of course, wasn’t actually sung by dogs, was composed and recorded at Pirate in Toronto, sung by a collection of talented Canadian musicians, including iSH, and directed by Chris Tait and Ryan Kondrat. A full-length version of the song is also available on iTunes and Amazon.ca. Proceeds from the song will go directly to Pet Trust.

The video was produced with the generous help of Purina Canada, who will also match all donations to Pet Trust up to $125,000.