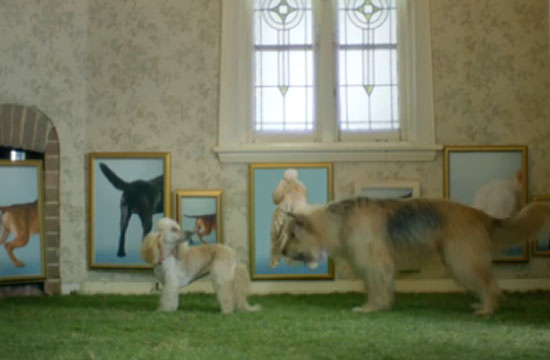 Meet ‘Mark’– your average dog who, thanks to a good credit rating and VedaScore, was able to buy a house. He’s the hero of a new campaign for Veda, from the BWM Group. Known primarily for its business to business offerings in the credit information space, Veda set BWM Group agencies, BWM and PR agency Cox Inall Communications, a brief to launch their new consumer credit reporting services.

Combining digital, social, TVCs and branded content, the campaign uses the dog Mark to introduce the VedaScore to a young audience that has little awareness of Veda and the need for and importance of managing their credit history.

Veda is Australia’s leading data intelligence and insights company and the VedaScore1 is the hero of Veda consumer business “Veda Your Credit & Identity”. Lynette Argent, General Manager B2C Brand and Customers, said: “Veda has been on the forefront of the information services industry for many decades, but faced a big challenge in launching the VedaScore to consumers. People don’t know who we are and don’t know how much their credit rating can impact their lives and purchasing power.

“Operating now in the digital age, we wanted our launch to create talkability and give people engaging content to share online. We worked with BWM and Cox Inall to develop an exciting campaign that would get people’s attention and drive them to know more about who we are and what we offer. We believe the Dog Buys a House concept will do just that,” she said.

Rob Belgiovane, Chief Creative Officer of BWM, said: “It’s a fun idea to help get Veda on the map.
“Preliminary research told us the target audience didn’t know why they should care about their credit history, and that the concept of a score or rating was a touchy subject, as people don’t like to admit they might have a problem with getting credit.

“We needed to show the usefulness of a VedaScore if you want to apply for credit. But people can be quite sensitive about their credit rating, so a dog buying a house takes the edge off that fear,” he said. While the campaign has an above the line component, the two 15-second TVCs are primarily teasers for three entertaining webisodes that tell the full Dog Buys House story. This campaign kicks off Tuesday 1 October.

The campaign is further supported by radio advertising, and other digital channels such as blogger engagement through Boom Video, YouTube and Facebook, plus two $20k promotional giveaways, plus a national consumer research-based media relations campaign by Cox Inall Communications.

The VedaScore is a credit ranking tool. A number between 0 and 1200, the VedaScore enables a person to know where they stand on their credit history. The higher the score, the better the credit ranking.  http://www.veda.com.au/