Does Ordering from the McFirst Menu Make You a Genius? Probably Not... 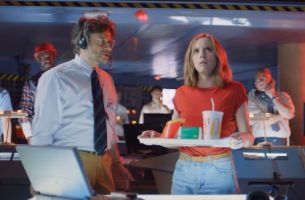 A year after the launch of the McFirst menu, McDonald’s turned to its agency BETC Paris to develop a new campaign to promote the humbly priced menu.

The McFirst menu doesn’t just taste great, but also comes at the affordable price of 4.95 euros for a burger, fries and a drink. A clever choice obviously, and one that guarantees the intelligence of whoever orders it. So, it shouldn't come as a surprise when the film’s main character abruptly gets called in for advice on quite a serious matter…

Like a Rocketman: The Problem with Creative Career Paths
View all News