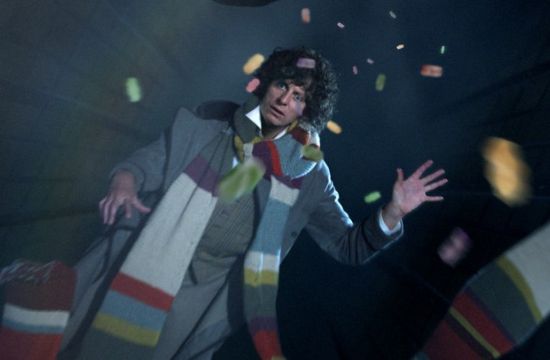 Framestore and Red Bee Media have bent the laws of time and space to their will with the epic Doctor Who 50th Anniversary trailer, launched on Saturday.

The spot features all eleven iterations of the nameless Time Lord, from the first (portrayed by William Hartnell) through to the most recent (Matt Smith, David Tennant and a mysterious John Hurt) – with companions like K9, Sarah Jane Smith and Clara Oswald.

The film forms the centrepiece to a campaign designed to appeal to both new and long-term fans of the Time Lord.

The trailer opens with a recreation of Totters Yard from the opening scene of the very first Doctor Who episode. It then navigates a number of recognisable scenarios from throughout the years – including the one and only Tom Baker surrounded by his much-loved jelly babies. It’s hoped that the film will have a high re-watch value as it has been packed with hidden items and echoes of past characters in the sound bed.

Kerry Moss, Acting Head of Marketing, BBC One, said, "Doctor Who is one of the BBC's most iconic television shows and one which has continued to engage the nation for the past 50 years. One of the key challenges we faced with the anniversary campaign was to ensure we engaged show's superfans as well as lighter viewers. Red Bee Media rose to the challenge and created a really immersive and innovative concept. It harnesses Doctor Who’s rich heritage and iconography, alongside technical innovations, to create a single moment in time that sweeps through half a century, while also hinting at the impending storyline.  All in 60 seconds!”

It’s a project that involved a high degree of skill from the Framestore team – not least when they revived a monochrome image of William Hartnell from the early ‘60s and transformed it into an full-colour, almost-3D Time Lord. “First off I did the general compositing, the look, the colour, and the tracking, then I gave it some subtle 2D manipulations to make it look 3D as we go past him,” said Bersey.

The team recreated camera moves with Flame, which allowed them to place 2D objects in 3D space. They filled the scenes with Easter eggs and references from the series’ 239 episodes.

The 50th anniversary special, The Day of the Doctor, which is set to see the return of David Tennant, Billie Piper,  will air on 23 November in the UK.