Do Yourself a 'Favour' 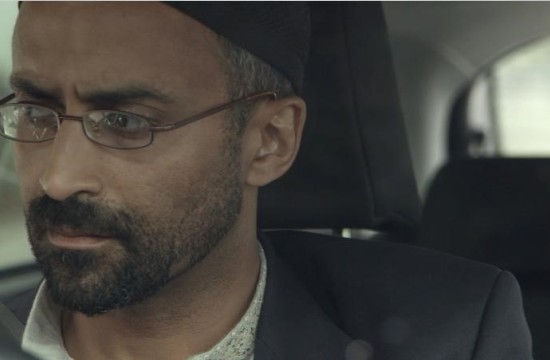 Is it possible to write and produce a powerful and effective thriller in 2minutes and 20 seconds?
The answer is definitely a big YES.

James Bradley and Simon Cheek's A Favour   has been shortlisted out of nearly 1000 films entered for the Virgin Media Shorts competition. The film is based on an encounter in a car park which questions the assumptions of characters and audience alike.

The judging is to be chaired by BAFTA winning director Sean Meadows who heads a judging panel of film and entertainment experts.

Incredibly, this is the writing debut for James Bradley, who works at audio design studios 750mph and also a short film directing debut for commercials director, Simon Cheek.

James explains: As a first time writer, I now know the fear that a writer experiences during and immediately after the showing of the first cut – there is nowhere to hide.

With a film crew of 25 helping create this short during a hot summer weekend, James became very aware that the helpers were doing it because of their belief in the film: Bradley comments - achieving shortlist for what is the biggest and most prestigious and successful short film award in the UK, is a wonderful way of affirming everyone’s commitment to the project and a big thank you for their dedication and hard work. It was a  very moving experience for both Simon the director and myself, knowing that the team could have been enjoying a hot Summer’s weekend with friends, that they had decided instead to work their nuts off making a short film.

It has been a great experience to work with such a good friend as Simon, who happens to be one of the best drama dialogue directors I know.

So, do yourself a favour and watch it here and vote with you mouse.