Do You Have the 'Adventure Gene'? Try Stinkdigital's Land Rover Test to Find Out 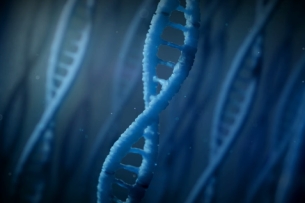 In anticipation of the new Discovery Sport, Land Rover have launched their first ever adrenaline-fuelled interactive experience that sets out to engage and test users decision making skills to see if they are hard-wired to go above and beyond, and hold the ‘Adventure Gene’. Click here to give the test a go.

Shot entirely in POV, the ‘Adventure Gene Test’ drops the user who is exploring in their Land Rover L550, at the heart of a number of dramatic and unfamiliar scenarios when they are faced with a challenge. The locations present three levels of extremity with simple and elegant interaction points, inviting the user to choose the next leg of their journey.

Whether they decide to paraglide off a cliff side, to taste exotic local food or embark on a river crossing, every second counts as their decision making is put to test when tackling each challenge.

Once complete, data from the journey is analysed and presented as a final percentage determining how likely they are to be carrying the ‘Adventure Gene.’

Teaming up with Tag and Y&R, Stinkdigital designed and developed ‘The Adventure Gene Test’ which was shot and directed by Stink director Rohan Blair-Mangat. Built entirely in HTML5, the online experience works across all platforms and is augmented with 3D sound for a fuller experience.