Do Not Go Gentle Into That Good Fight... New WWE 2k15 Spot 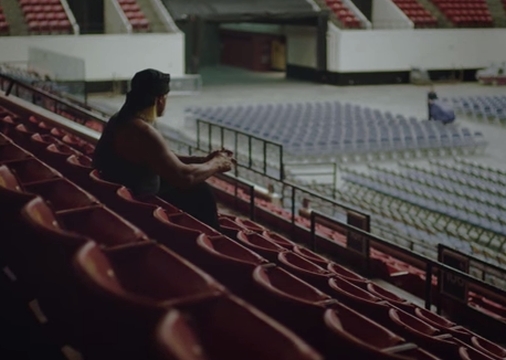 The WWE 2K15 video game launch spot marks a darker, brooding tone for both the game and WWE. Set to the haunting words of Dylan Thomas’ poem, “Do Not Go Gentle Into That Good Night,” the video features five WWE Superstars – WWE 2K15 cover Superstar John Cena, along with WWE Hall of Famer Hulk Hogan and WWE Superstars Roman Reigns, Bray Wyatt and Cesaro – as they prepare themselves mentally and physically for in-ring action. In the spot, Thomas’ immortal words are recited by John Cena himself.

“The game has evolved beyond physical mimicry at this point,” says Pete Harvey, partner and creative director at barrettSF. “You get into the Superstars’ heads now. We’re just crossing our fingers that the worlds of WWE and existential poetry aren’t tired conceptually.”

Further blurring the lines between game and reality was the 2K Comment Takeover, a one-night-only event staged on YouTube. Upon the release of the WWE 2K15 trailer on September 22, 36 WWE Superstars and Divas crashed the video’s comment section, confronting commenters face-to-face via personalized videos. In one night, 60 unique videos were shot, edited and uploaded online, garnering more than one million views in 48 hours.

Says Chris Snyder, vice president of marketing for WWE 2K15 at 2K, “Once we landed on ‘FEEL IT’ as a tagline, we wanted to ensure we followed through in every medium. Our answer to this was not only a spot that flipped every WWE stereotype on its head but a digital and experiential effort that made ‘FEEL IT’ come to life for WWE fans and newcomers alike.”