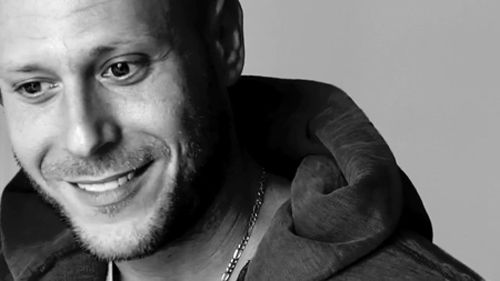 Live-action production company DNA has signed director Ethan Lader to its award-winning roster of filmmakers. Lader is a highly sought-after director and brings an imaginative style to DNA, helping to solidify the company’s position as one of the most creative, artistically-minded and experienced production teams in the industry.

“We’ve had our eye on Ethan for a while. The vast experience he has, coupled with an ability to turn just about anything he touches to gold, makes him very appealing,” noted DNA Executive Producer Missy Galanida. “With that in mind, we’re truly appreciative that he’s chosen to sign on with DNA. I have no doubt we’ll create some magic together.”

Lader’s bold and fresh approach to directing is exemplified in his work as a music video director for some of the world’s top-charting artists, including Mariah Carey, Enrique Iglesias, Usher and various others. His most recent videos include American Idol winner Phillip Phillip’s “Raging Fire,” Wiz Khalifa’s “We Dem Boyz” and Ty Dolla $ign feat. B.o.B’s “Paranoid.” He’s been nominated for numerous awards for his work in the music industry, including MTV Video Music Awards Best Pop Video, BET Awards Video of the Year and BET Hip Hop Awards Video of the Year. His video for Bruno Mars’ “Just The Way Your Are” has racked up over 400 million YouTube views and was nominated for MuchMusic Video Awards for International Video of the Year and Most Watched Video of the Year.

While Lader boasts an excellent reputation in the music industry, he is no stranger to commercial work and joins DNA with an expansive portfolio of campaigns, commercial spots and film/TV projects for many major brands. Recent campaigns of note include Volkswagen’s Google Smileage campaign with Deutsch, Disney’s Memory Makers with Yellow Shoes Creative Group and American Idol Ford Spots with Team Detroit. He has also directed several short films, which have turned heads at HBO, Burrell Communications, National Foundation for the Advancement in Arts and more.

Lader joins DNA as the company continues on a seemingly-unstoppable upward trajectory. The company has garnered a reputation as a premier production house through industry-leading work with an array of major brands, artists and organizations including Sony, Lexus, Target, Budweiser, and Verizon, to name a few. Recently, DNA debuted a thrilling ad for USPS and The Amazing Spider-Man 2 by Directors Marc Webb and Rich Lee.