Awards and Events 669 Add to collection 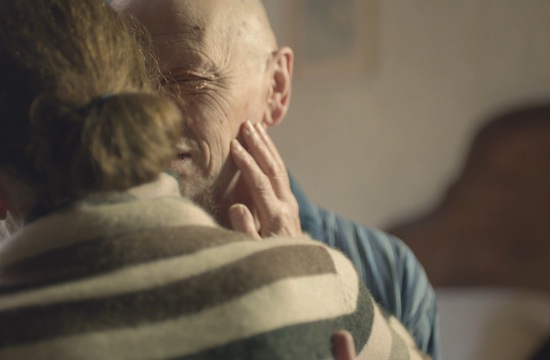 DLKW Lowe left Lisbon with a smile last week as their Marie Curie campaign Symmetry went home with a gold award in the film category at Eurobest.

Creatives Seb housden and Ben Mc Carthy picked up the prize for their deeply moving film that juxtaposes major life milestones with moments from the lives of the terminally ill. The film was directed by Meet the Superhumans’ Tom Tagholm and was designed to raise awareness of the charity’s Great Daffodil Appeal.

Marie Curie provides free nursing care to people with a terminal illness and vital support for their loved ones, allowing families to spend their final weeks, days or hours with the people and things they love close by and the campaign draws attention to the charity’s work by pointing out the some of our ‘lasts’ are as important as our ‘firsts’.

When the campaign launched in February this year, Little Black Book spoke to DLKW Lowe ECD Dave Henderson, who said that the key to the spot’s power lay in its balance between the highs and lows of life. “This was the beauty of the script from the first time we read it. The balance was there on the page. We always encourage the creative teams to search for a truth, an inarguable point that makes the case for the product, service or brand. Creatives Ben [McCarthy] & Seb [Housden] unearthed just that. It’s a powerful way to present ‘end of life’ as actually being a precious, special time. I think a lot of people are moved by the ad simply because they’re finding solace in the point that it makes,” he said.

Read more from that interview here.